Are There Government-Friendly Gadgets to be Seen at CES?

It seems odd that consumer electronics companies would choose to showcase their wares after the biggest gift-giving holiday of the year, but here we are in early January and the Consumer Electronics Show has again pitched its tent in Vegas.

My contribution for this week is limited to a single item (yes, with three links) so that I can wish everyone a happy, safe, and meaningful holiday season.  The end of December is a natural time for reflection and planning, what I've recently heard as "mirror/window" exercises.  We look back, we look forward, and if we are wise, we also look around us in gratitude.

Mitigating Risk in the Use of Social Media

Submitted by evalery on Tue, 01/02/2018 - 11:59
A new report by the IBM Center for the Business of Government helps government employees understand and mitigate the risks posed by use of social media.

Four Steps: The Evolution of Social Media in Government

Submitted by evalery on Tue, 01/02/2018 - 11:30
The evolution of social media in government has been spurred by four questions, leading to these stages: adoption, imitation, customization, evaluation.

How Governments Use Social Media for Disaster Planning, Response, and Recovery

Submitted by evalery on Fri, 12/29/2017 - 17:20
How are government agencies using social media to prepare for, respond to, and recover from disasters? 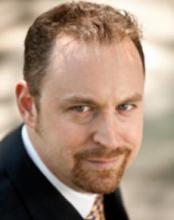 Gadi Ben-Yehuda was our Innovation Fellow for the Center for The Business of Government. In the five years that Mr. Ben-Yehuda was with the Center, he was a speaker, panelist and moderator for events with State Department, Department of Labor, Department of Defense, General Services Administration, and other agencies. He also delivered presentations both nationally and internationally, at SxSW Interactive Festival in Austin, TX, the Global eGovernment Forum in Seoul, South Korea, and conferences in venues ranging from Washington, DC, to New York City, and Las Vegas, NV, to Burlington, VT. He was a prolific writer, with articles appearing on the Center’s blog, in Government Executive and Fast CoExist. He is active on Facebook, Twitter, and Vine. Mr. Ben-Yehuda has worked on the Web since 1994, when he received an email from Maya Angelou through his first Web site. He has an MFA in poetry from American University, has taught writing at Howard University, and has worked in Washington, DC, for nonprofits, lobbying organizations, Fleishman-Hillard Global Communications, and Al Gore's presidential campaign. Prior to his current position, Gadi was was a Web Strategist for the District of Columbia's Office of the chief Technology Officer (OCTO). Additionally, Gadi has taught creative, expository, and Web writing for more than 10 years to university students, private-sector professionals, and soldiers, including Marines at the Barracks at 8th and I in Washington, DC. Gadi is also a member of ACT-IAC.