The History and Mission of the SEC

Key IT Priorities of the SEC

Expanding the Use of Data and Analytics Tools

How does the SEC promote information sharing? 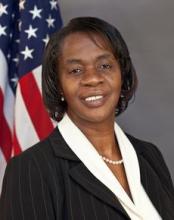 As Deputy CIO, Ms. Dyson oversaw the Commission’s information technology program and played a leading role in enhancing the SEC’s technological capabilities and the modernization of key service delivery platforms and business applications.  Ms. Dyson supervised the agency’s big data and data management initiatives to make it easier for users to quickly search and access critical data from a centralized source, implemented strategies to advance information security, and enhanced critical infrastructure operations in support of the SEC’s mission.

The Office of Information Technology works with the Chair, Commissioners, and the agency’s divisions and offices to incorporate technology into SEC programs to serve investors, maintain fair, orderly, and efficient markets, and promote capital formation.

Ms. Dyson began her SEC career as Assistant Director for Enterprise Operations.  In that capacity, she managed day-to-day operations such as IT infrastructure and all enterprise operations for the SEC’s headquarters and its 11 regional offices.

Before joining the SEC staff, Ms. Dyson was the Deputy CIO for the U.S. International Trade Commission, where she held several positions of increasing responsibility for its information technology program.

Ms. Dyson received her B.S. from the University of Maryland in College Park.