Lael R. Keiser is an Associate Professor in the Department of Political Science and in the Truman School of Public Affairs at the University of Missouri, where she teaches courses on public policy and public administration. Her research focuses on policy implementation in public agencies with a focus on Social Security Disability, Veterans Disability Compensation, and public education.

What are outreach organizations? What kinds of programs do they facilitate?

Evaluating the performance of government agencies involved in claims processing

Collaboration Between Government and Outreach Organizations: A Case Study of the Department of Veterans Affairs

In this report, Drs. Lael Keiser and Susan Miller examine the critical role of non-governmental outreach organizations in assisting government agencies to determine benefit eligibility of citizens applying for services.  Many non-profits and other organizations help low-income applicants apply for Social Security, Medicaid, and the Supplemental Nutritional Assistance Program (SNAP, or food stamps). 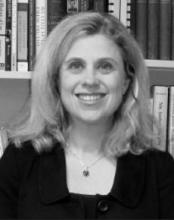