David M. Van Slyke is a tenured full professor in the department of public administration and international affairs and the Louis A. Bantle Chair in Business-Government Policy at the Maxwell School of Citizenship and Public Affairs, Syracuse University. He also serves as a non-resident faculty member at the Maastricht Graduate School of Governance, University of Maastricht, Netherlands. Dr.

What is Federal Acquisition and Why is it so Important?

What is the Better Buying Power Initiative?

The Importance of Acquisition

What are Complex Products?

On behalf of the IBM Center for The Business of Government, we are pleased to present this report, Beyond Business as Usual: Improving Defense Acquisition through Better Buying Power, by Zachary S Huitink and David M Van Slyke, Syracuse University.

Contracted Versus Internal Assembly for Complex Products: From Deepwater to the Acquisition Directorate in the U.S. Coast Guard

It is important to emphasize that the authors have not attempted to assess or evaluate the transition or Project Deepwater itself. Instead, the report focuses on providing lessons learned from the transition and offers three recommendations for contract management staff, agency executives, and congressional and executive-level policy makers.

The Challenge of Contracting for Large Complex Projects: A Case Study of the Coast Guard's Deepwater Program

Submitted by EFoss on Thu, 03/12/2009 - 20:00
The federal government now spends about 40 percent of its discretionary budget to buy everything from office supplies to weapon systems. When the government buys simple products, like paper clips, they can turn to well-established acquisition strategies and practices and apply them to richly competitive markets. When government agencies buy complex products, like weapon systems, conventional acquisition approaches are often insufficient and markets are more challenging. 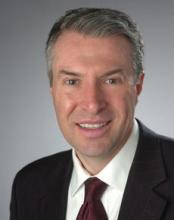 Professor and Louis A. Bantle Chair in Business and Government Policy Department of Public Administration and International Affairs
Syracuse University
315-443-8840

David M. Van Slyke is a tenured full professor in the department of public administration and international affairs and the Louis A. Bantle Chair in Business-Government Policy at the Maxwell School of Citizenship and Public Affairs, Syracuse University. He also serves as a non-resident faculty member at the Maastricht Graduate School of Governance, University of Maastricht, Netherlands. Dr. Van Slyke is an elected Fellow of the National Academy of Public Administration, a recipient of the Birkhead-Burkhead Professorship for Teaching Excellence Award, the Beryl Radin Award for Best Article published in the Journal of Public Administration Research and Theory, and several other international research awards.

His research and teaching focuses on government contracting, public-private partnerships, and strategic management in public and nonprofit organizations. Specifically he is interested in government’s use of policy instruments, such as contracts, partnerships and grants, in both intergovernmental and interorganizational relationships and how they shape each institutional actors strategic behavior and decision making.  He has published on these topics in a range of domestic and international journal and practitioner outlets and serves on several editorial boards. His most recent book, Complex Contracting: Government Purchasing in the Wake of the U.S. Coast Guard's Deepwater Program is published by Cambridge University Press.

Dr. Van Slyke is actively engaged in executive education and has conducted trainings around the world including in China, India, Singapore, and Thailand. He has worked in Russia with the World Bank on issues of corruption in government contracting and partnerships. He served from 2008-2010 as the Research Director for the Smith Bucklin Institute for Association Research. Prior to becoming an academic, David worked in the private, public, and nonprofit sectors.  He holds a Ph.D. in public administration and policy from the University at Albany’s Rockefeller College and a B.S. in Economics.