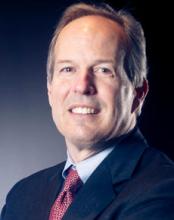 Commissioner Lebryk provides leadership, policy direction and guidance for the bureau’s debt financing and financial management programs. The bureau issues over one billion in federal payments worth $2.4 trillion to more than 100 million people; collects nearly $3.2 trillion in federal revenues each year; and collects more than $6.2 billion in delinquent debts. The Fiscal Service is responsible for the issuance of more than $7.7 trillion in marketable securities to finance the public debt. The bureau manages a daily cash flow of more than $67 billion and accounts for the federal government’s debt of more than $16 trillion. The Fiscal Service produces the Daily and Monthly Treasury Statements, the Monthly Statement of the Public Debt, and the Financial Report of the United States Government.

Mr. Lebryk has had a long distinguished career in Treasury. In June 2009, he began his tenure as FMS Commissioner, having served as Deputy Commissioner for one and a half years. His responsibilities included leadership, policy direction and guidance over FMS’s mission essential payment, collections, reporting, and debt collection functions.

Prior to his service at FMS, Mr. Lebryk was the Senior Career Executive at the U.S. Mint in the capacity of Deputy Director from October 2002 to December 2007, and Acting Director from August 2005 through September 2006, where he was responsible for the day-to-day operations of the world’s largest manufacturer of coins, medals and coin products.

Prior to his service at the Mint, Mr. Lebryk held the position of Treasury’s Deputy Assistant Secretary for Fiscal Operations and policy, where he oversaw the development and implementation of the policies and programs he now leads as Fiscal Service Commissioner. He also served as Acting Deputy Assistant Secretary for Human Resources for the Treasury Department and as an advisor to the Deputy Secretary of the Treasury and to three Undersecretaries for Domestic Finance. Mr. Lebryk joined the Treasury Department in 1989 as a presidential management intern in the Office of the Assistant Secretary for Policy Management and Counselor to the Secretary. He received Presidential Rank Awards in 2005 and 2010 for his sustained record of extraordinary leadership and achievement.

Mr. Lebryk graduated from Harvard College with an A.B. in economics and a master’s degree in public administration from Harvard University’s John F. Kennedy School of Government.