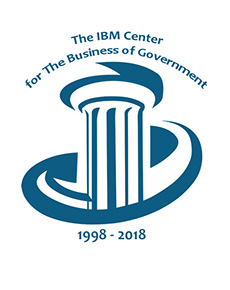 Tuesday, October 16, 2018
Dan Chenok
At our 20th anniversary event last week, the IBM Center for The Business of Government heard insights from academic and government leaders, including OMB Deputy Directors for Management across the last four Administrations, about lessons from the past that can inform the future.

In 1998, a group of leaders in the consulting firm PricewaterhouseCoo­pers (PwC) created a new organization: The PricewaterhouseCoopers Endowment for The Business of Government. The Endowment’s goal was simple: to encour­age academic research on topics of import for government managers, and to increase understanding about what works in government.

To encourage this research, a small grants program provided research stipends to experts, based on a competitive review of proposals submitted in response to a semiannual announcement with research priorities for the coming year. With the IBM acquisition of PwC Consulting in 2002, the Endowment moved to IBM and was renamed the IBM Center for The Business of Government.

Since its creation, the IBM Center has awarded stipends to more than 400 researchers across the world, who have produced nearly 350 reports and essays—and counting. In addition, the Center has produced 23 books and many special reports, and hosted hundreds of radio interviews and dozens of events with government, industry, academic, and nonprofit experts.

On October 10th, the Center hosted an event in honor of this milestone, held at the George Washington University Trachtenberg School of Public Policy and Public Administration.  GW scholars have authored several Center reports, and the collaboration with GW represents the Center’s general view that connecting with academic experts for views to help government can provide important new sources of insight in developing actionable recommendations and practical advice.

At the event, the Center released Government for the Future:  Reflection and Vision for Tomorrow’s Leaders, a new book about government reforms over the past twenty years, and what these reforms can point to regarding government progress in the next twenty years.

The 200 attendees at the event – as well as viewers on a livestream from around the world -- included leaders from government, academia, the good government community, the private sector, and included multiple authors of Center reports and interviewees from the radio show.  The event featured remarks about the Center’s history and future direction from our leaders across the years and perspectives from leading academic authors – Dean of the Syracuse University Maxwell School Dave Van Slyke, Dean of the Ohio State University John Glenn School Trevor Brown, and renowned scholars Ines Mergel from the University of Konstanz (Germany), Jane Fountain from the University of Massachusetts, and Don Kettl from the LBJ School of Public Affairs at the University of Texas.

Highlighting the event were important insights from two panels.  A panel of academic and non-profit authors of chapters in Government for the Future envisioned provocative scenarios of for public sector leaders of tomorrow, in areas that included Shelley Metzenbaum on the use of data to gain real-time insight, Lori Gordon on networked government performance that crosses boundaries, Hollie Gilman on stronger engagement of citizens in the processes and decisions of government, and Darrell West on the future of work in government in light of AI and other emerging technologies.

The second half of the program highlighted a first of its kind panel, bringing together the current OMB Deputy Director for Management (DDM) Margaret Weichert along with several of her predecessors: Andrew Mayock (who served 2015-17), Clay Johnson (2003-9) and Sally Katzen (1999-2001).

The DDMs collectively shared their insights about the march of management progress as a bipartisan tradition, in which leaders have built on the successes and lessons learned. For example, the National Partnership for Reinventing Government of the 1990s informed the President’s Management Agenda of the early 2000s. This agenda included a number of e-government initiatives that helped shape the open government and digital agenda of the last decade.  These initiatives, in turn, created a path for the current priorities of IT modernization, data strategy, and workforce improvement to deliver better mission, service, and stewardship performance by government for the American people.

Each of these sets of management improvement activities were implemented through each Administration’s President’s Management Agenda, which now stands alongside the President’s Budget as a process to ensure long-term and sustained management excellence for government.

The Center is grateful to the DDMs, academic experts, and all those who made the event a success.  We hope that the event videos and book links highlighted above continue to enable government leaders, academics, and stakeholders in good government to benefit from the insights shared last week.  And we look forward to supporting government for the next 20 years!