Government Reform over the Past 20 Years - Part 1, Going Digital 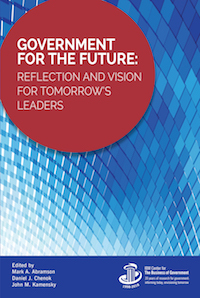 In the IBM Center’s new book, Government For The Future:  Reflection and Vision for Tomorrow’ Leaders, we have identified six major trends that have driven government management reforms.  Today we begin a six-part series where we highlight each trend; part one summarizes the course and impact of digital government.   For more detail, see our digital chapter.

Today’s digital economy has evolved significantly since the eras of mechanical and analog electronic technology. This evolution began in the late 1950s with the advent of mainframe computing as a standard practice for leading businesses, accelerated in the late 1970s with the introduction of personal computers, and continues to the present day in the form of emerging technologies that include cloud computing and artificial intelligence. Beginning in the 1990s, the internet brought about a revolution in how citizens and businesses access, share and retain information over open networks.

These digital steps forward have led to significant changes in how IT impacts society, the economy and government.  The adoption of emerging technologies has begun to improve internal collaboration, human resources and procurement operations, resulting in a shift away from legacy systems and a push towards transparency and open data. This evolution has been amplified by the impact of technology to improve government collaboration with external partners -- agency leaders can now leverage new innovations, like blockchain to work with business partners in a network that provides speed and security for their digital interactions.

Today, governments can leverage open networks in the cloud, where individuals work together over the internet in a secure environment to communicate and develop new ideas and applications. Given advances such as artificial intelligence and the “internet of things,” mechanisms exist to collect, distribute, and access vast amounts of data in various formats from many sources to help government leaders make decisions that deliver on missions and programs. Moreover, digital transformation has disrupted how government operates -- how agencies do work, tackle problems and meet expectations.  Digital government places the user experience front and center, and digital processes change the skills needed in today’s government workforce.

Background:   The Arc of Digital Government

Progress in this arena has moved through three major phases along the journey of the past 20 years. 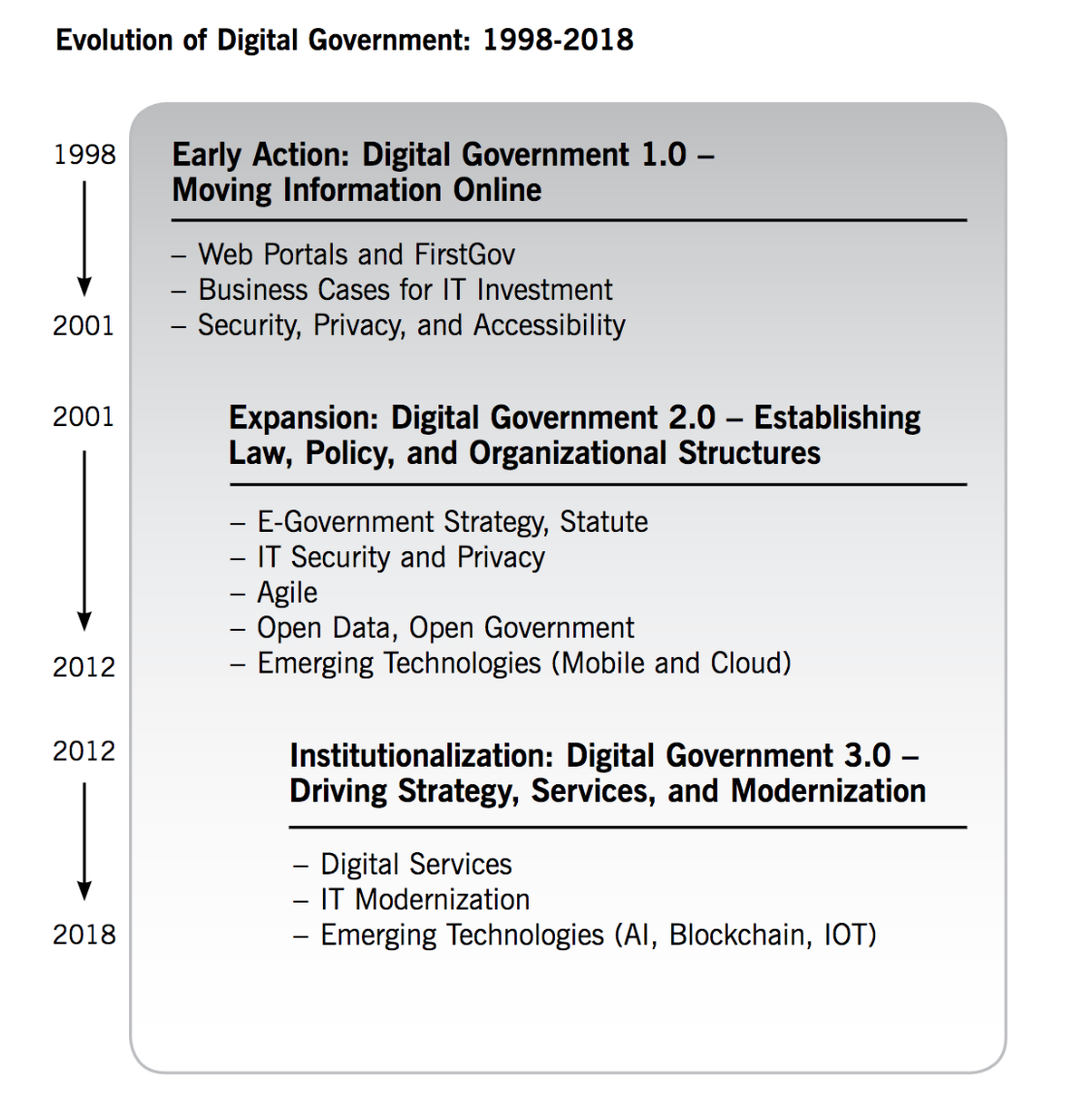 Much of the government’s digital experience over the past 20 years demonstrates the need to balance disruptive innovation with sound IT management, cost-effective outcome measurement, and strong cybersecurity. A leading government-industry IT partnership, the American Council for Technology and Industry Advisory Council, issued a framework entitled 7S for Success* that captures 7 key findings to assist in delivering positive results and reducing risk for digital government. These lessons demonstrate how agencies can move from traditional command-and-control implementation, and toward an emphasis on business outcomes delivered in short increments with continuous improvement in the face of inevitable change.

For digital technology to transform operations, governments will also need to change both culture and policy. To take full advantage of the transformational changes made possible through the speed and scale of digital technologies, citizens must help drive how agencies work with them. Digital government in the future must adapt to the needs and expectations of citizens, businesses, non-profits, and other partners, creating user experiences that are personalized, interactive, and easy to access and use. Digital technologies can enable “cognitive systems” that help agencies understand, reason, and learn, allowing government to interact in real time with the public to deliver mission and mission support services with strong security and privacy protections.

Ultimately, new technologies will continue to help government drive performance improvements based on leveraging data and analytics over the cloud, in a secure manner, and in real time—emerging technologies that include artificial intelligence, blockchain, the internet of things, and initial steps toward quantum computing. Early innovators have shown a path for agencies to move forward in engaging with and serving the public.

The evolution of digital government over the past two decades shows that when implemented effectively, securely, and with cost-effective approaches, agencies can drive significant and positive change while managing risk to the government and the taxpayer.

*ACT-IAC, Key Success Factors for Major Programs that Leverage IT: The ‘7-S for Success’Framework, May 2014.