Did You Telework Today? 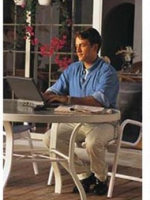 Tuesday, January 18, 2011
Did today’s ice sheet over DC cause you to wish your agency supported teleworking? It’s now encouraged by law, but how do agencies actually get it implemented? The IBM Center has released a new report examining the experiences of four pioneering agencies

There are enormous benefits that can result from telework:  improved employee retention and reduced sick leave, cost savings from reduced use of office space and utilities, and reduced pollution from commuting. . . . and yes, the ability to work from home when it snows!  In fact, a study by the Telework Research Network claims potential savings of about $3.8 billion a year if all eligible federal employees participated. Private industry, including my employer, IBM, has moved aggressively to promote teleworking among their own employees because of these and other benefits.

But the reality has been that only 102,900 federal employees were teleworking in 2008 – a fraction of the 1.2 million who were estimated to be eligible to do so.  Why?

In a report for the IBM Center, “Implementing Telework:  Lessons Learned from Four Federal Agencies,” Baker College professor Scott Overmyer examines four hurdles:  technological, social, operational, and managerial.  He then presents case studies of how four cutting-edge federal agencies have addressed these issues and successfully implemented telework in their organizations.

Some of the hurdles these agencies faced have been lowered significantly by the recently-signed Telework Enhancement Act of 2010.  This new law creates for the first time a governmentwide framework that requires agencies to determine each employee’s eligibility and execute written agreements with eligible employees outlining their specific work arrangements. It also requires the creation of a telework advocate in each agency, the provision of training to both managers and employees involved, and requires equal treatment of teleworkers and non-teleworkers.

Dr. Overmyer examines the experiences of four early-adopters of telework:

In each case, agency leadership developed different strategies for implementation, but there were many commonalities, such as the need to overcome technical and equipment challenges.  However the most common – and most nettlesome – challenge was resistance from managers who were not interested in allowing their employees to participate.

Dr. Overmyer describes how each agency approached the issue of managerial resistance.  For example, DISA’s senior leaders embraced telework and championed the practice.  This was done via extensive briefings to SES-level managers and subordinates on how to measure and manage performance in a telework environment, with metrics being set for each individual employee.  While there was some resistance – “If I can’t see them, how do I know what they’re doing?” – this was largely overcome when DISA found itself able to continue operations in spite of the large snowstorms blanketing the DC area in early 2010.  DISA’s Aaron Glover concluded: “Telework is a key enable of the Continuity of Operations (COOP) program.”

Dr. Overmyer includes practical stories of how other agencies overcame their hurdles, as well.  So, have your started telework in your agency yet?