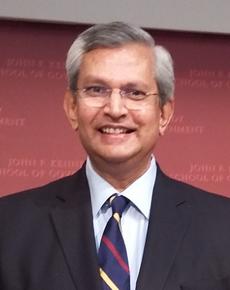 From 2009-2014, he worked as a Permanent Secretary to the Government of India in the Cabinet Secretariat, Prime Minister’s Office, where he was responsible for designing a highly regarded whole-of-government performance monitoring and evaluation system for government departments and reporting the results to the Prime Minister of India. He worked as a Senior Economist with the World Bank from 1995-2009; Economic Adviser to Government of India (1992-1994) and a Chaired Professor of Public Sector Management at the Indian Institute of Management Calcutta (1987-1992). He has taught at many leading universities in the world and continues to teach economics at the Harvard Kennedy School of Government as a visiting faculty.

He studied for B.A. (Economics Honours) from St. Stephen’s College, Delhi University, (where he was honoured with the C.F. Andrews Distinguished Alumnus Award in 2012); M.Sc. (Economics) from the London School of Economics in 1974 and Ph.D. (Economics) from Boston University in 1985. Author of four books and several academic papers, he has worked in more than 50 countries around the world. He is the first Indian to receive the International Public Administration Award by the American Society for Public Administration (ASPA) in recognition of his significant contributions to the field of public administration as a scholar and practitioner. He is also the first Indian to be elected as a Fellow of the National Academy of Public Administration (NAPA), Washington, DC. In March 2019, he received the Harry Hatry Distinguished Performance Management Practice Award for 2019 in Washington, DC, awarded by the Center for Accountability and Performance (CAP) of the American Society for Public Administration (ASPA).