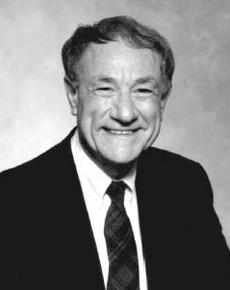 Professor
The Maxwell School of Citizenship and Public Affairs Syracuse University
422 Crouse-Hinds Hall
Syracuse, NY 13244
United States
(315) 443-1890
whlambri@Maxwell.syr.edu
W. Henry Lambright is Professor of Public Administration, International Affairs, and Political Science and Director of the Science and Technology Policy Program at the Maxwell School of Citizenship and Public Affairs at Syracuse University. He teaches courses at the Maxwell School on technology and politics; energy, environment, and resources policy; and bureaucracy and politics. Dr. Lambright has served as a guest scholar at The Brookings Institution; the director of the Science and Technology Policy Center at the Syracuse Research Corporation; and director of the Center for Environmental Policy and Administration at the Maxwell School at Syracuse University. He has served as an adjunct professor in the Graduate Program of Environmental Science in the College of Environmental Science and Forestry at the State University of New York. He has testified before Congress and been interviewed by the media on many topics, including the environment, science and technology, and government management. A long-standing student of large-scale technical projects, he has worked for NASA as a special assistant in its Office of University Affairs and has been a member of its History Advisory Committee. Dr. Lambright has performed research for organizations including the National Science Foundation, NASA, the Department of Energy, the Department of Defense, and the State Department. He edited the book, NASA in the 21st Century, published by the Johns Hopkins University Press in 2003. He is also the author of four previously published IBM Center reports: Transforming Government: Dan Goldin and the Remaking of NASA (2001); Managing ‘Big Science’: A Case Study of the Human Genome Project (2002); The Challenge of Coordinating ‘Big Science’ (2003); Executive Response to Changing Fortune: Sean O’Keefe as NASA Administrator (2005); and Launching a New Mission: Michael Griffin and NASA’s Return to the Moon (2009). Dr. Lambright is the author or editor of six additional books, including Powering Apollo: James E. Webb of NASA; Technology and U.S. Competitiveness: An Institutional Focus; and Presidential Management of Science and Technology: The Johnson Presidency. In addition, he has written approximately 300 articles, papers, and reports. His doctorate is from Columbia University, where he also received a master’s degree. Dr. Lambright received his undergraduate degree from Johns Hopkins University.
International Affairs
Maxwell School of Citizenship
Political Science
politics
professor
Public Administration
Science and Technology Policy Program
Syracuse University
technology