Hee Soun Jang is an associate professor in the Department of Public Administration at the University of North Texas and serves as assistant department chair. Prior to joining the University of North Texas, she was an assistant professor in the Division of Politics, Administration, and Justice at California State University, Fullerton for four years. She teaches courses on nonprofit management, public and nonprofit partnership, public

The authors collected data from a survey of 237 homeless program networks across the nation, as well as in-depth reviews and interviews of four CoC homeless networks in three states. While this report focuses on homeless networks, its findings and recommendations are applicable to networks in all service delivery areas. 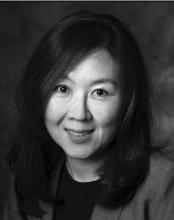 Jang was a recipient of the Emerging Scholar Award from the Association for Research on Nonprofit Organizations and Voluntary Action, as well as the DeVoe Moore Fellowship from Florida State University. She collaborated with colleagues at the University of North Texas on a highly visible community-based research project titled “Assessing Blight in the City of Dallas, TX,” which was awarded a research grant from the Dallas Area Habitat for Humanity in 2011. The project produced a Composite Blight Index that can be used by cities to measure urban blight.  She was a recipient of the Nonprofit Research Fund of the Johnson Center for Philanthropy and Nonprofit Leadership at Grand Valley State University. The published report from this grant, titled “Acculturation and Patterns of Asian American Philanthropy,” analyzed the philanthropic behavior of Asian
Americans in the United States. She is also a co-author of a grant report titled “The Role of Nonprofit Contractors in the Delivery of Local Services,” which was awarded a Nonprofit Sector Research
Fund from the Aspen Institute. Jang has also received a grant award from the Tax Watch Research Foundation.