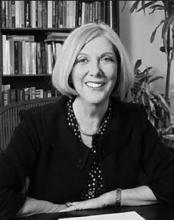 Dr. Sandra O. Archibald is Professor and Dean of the Evans School of Public Affairs, University of Washington; she holds a doctorate in agricultural economics from the University of California, Davis, and a master’s degree in Public Administration from the Goldman School of Public Policy, University of California, Berkeley. Archibald has held academic and professional appointments at institutions such as the Humphrey Institute of Public Affairs at the University of Minnesota, Stanford University, the United States Environmental Protection Agency, and the Rockefeller Commission on Critical Choices for Americans. The author of over 100 publications and the recipient of numerous teaching and research awards, she has made significant contributions to policymaking and civic engagement in the United States through extensive involvement in public service and research designed to support sound public policy and management decisions. Recent honors include serving on the Committee on Transforming Washington’s Budget at the behest of the governor of the state of Washington; being named President by her peers of the Association of Public Policy and Management (APPAM), the top research organization in her field; election to the National Academy of Public Administration; and being named Public Administrator of the Year by the Evergreen Chapter of the American Society for Public Administration.