This book provides in-depth case studies of outstanding government executives who dramatically changed both the performance and management of their organizations. The book includes case studies of Dan Goldin of the National Aeronautics and Space Administration, Ken Kizer of the Veterans Health Administration, James Lee Witt of the Federal Emergency Management Agency, and four high-ranking government officials who changed procurement in the Department of Defense. In addition, the book includes interviews with NASA Administrator Goldin and FEMA's Director Witt. 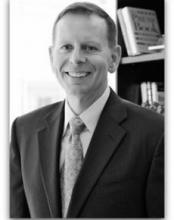 He has written extensively on management, and government. He is the co-author of Paths to Making a Difference: Leading in Government. He is the co-editor of Transforming Organizations and Learning the Ropes: Insights for Political Appointees. He has testified before Congress and several state legislatures. He serves on the Board of Advisors to the Economic Program at the University of Massachusetts and has served on the Board of Advisors of the Thomas Jefferson Public Policy Program at The College of William and Mary. He was twice selected by Federal Computer Week as one of the top 100 public service business leaders.

Mr. Lawrence earned his Master of Arts and Ph.D. in Economics from Virginia Tech. He earned his Bachelor of Arts degree in Economics from the University of Massachusetts, Amherst, graduating Phi Beta Kappa. Paul Lawrence served in the U.S. Army attaining the rank of Captain. He graduated from the Army's Airborne School and was awarded the Meritorious Service Medal.