Since 1998, the IBM center for The Business of Government has been studying the substantial changes that are under way at all levels of government within the United States and in other nations across the world. These changes are being driven by a series of new imperatives in the United States. Fortunately, there is now a set of trends that seems to be responding to these imperatives and is leading to more results-oriented government.

Results of the Government Leadership Survey

Will the federal government be able to recruit and retain employees with the qualities needed for leaders in the future? To help answer that question, the IBM Center for The Business of Government surveyed career and noncareer members of the federal Senior Executive Service (SES). Survey results showed that federal executives have a new vision of leadership and think that changes in current leadership systems will help make the vision a reality. Human Capital ManagementLeadership

Toward a 21st Century Public Service: Reports from Four Forums

The IBM Endowment for The Business of Government supported a series of forums to examine the future of the civil service: (1) Two Federal Summit Conferences; (2) Thought Leaders Forum on -A New American Diplomacy: Requirements for the 21st Century, hosted by the National Policy Association; and (3) Thought Leaders Forum on -People and Performance: Challenges from the Future of Public Service- hosted by the Maxwell School of Citizenship and Public Affairs, Syracuse University.

This book has been written for those who have answered the call to public service. We greatly appreciate their willingness to work on the nation’s greatest problems.

The Operator's Manual for the New Administration

The Operator's Manual is a guide of how government works and how to make it work to advance policy goals and objectives. We present, in brief and simple terms, descriptions of the most important tools and levers that executives can use to advance agency goals and the president's agenda. This Manual will help executives understand the terrain of government, become familiar with the terms and lingo used inside agencies, and know how to effectively use the tools of government.

This book is an invaluable guide to navigating the sometimes controversial changes taking place in the internal operations of government, the delivery of services to citizens, and the delivery of environmental programs. Possibly the most monumental change taking place in our modern government is the lessening allegiance to the old model of in-house, in-departmental performance of tasks.

The ninth book in the IBM Endowment Series on the Business of Government, The Procurement Revolution continues the tradition of timely and vital information dissemination the series has come to stand for. Focusing on the titular revolutionary changes the government has had and will have to make in its approach to procuring goods and services, this book strives to capture the creativity and energy that can and should be brought to government procurement.

Provides in-depth case studies of the 'state' of e-government today. The book chronicles the 'early days' of e-government and presents a collective snapshot in time as to where governments - at the federal, state, and local levels - are today as they continue their march toward e-government. Editors Abramson and Morin present a comprehensive 'progress report' on e-government before a distinguished list of contributors discuss such varied topics as the quality of federal websites, technology and innovation in the State Department, online voting, and public-sector information security. 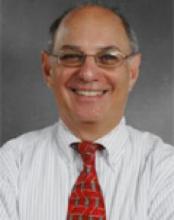