A Manager's Guide to Resolving Conflicts in Collaborative Networks

The O'Leary and Bingham report expands on previous Center reports by adding an important practical tool for managers in networks: how to manage and negotiate the conflicts that may occur among a network's members. The approach they describe-interest-based negotiation-has worked in other settings, such as bargaining with unions. Such negotiation techniques are becoming crucial in sustaining the effectiveness of networks, where successful performance is defined by how well people collaborate and not by hierarchical commands.

This study addresses the history, implementation, management, institutionalization and evaluation of the world’s largest employment mediation program, the United States Postal Service’s REDRESS (Resolve Employment Disputes, Reach Equitable Solutions Swiftly) Program. Designed and implanted top-down as alternative dispute resolution for complaints of discrimination, it also served as a bottom-up method for changing how employees and supervisors handle conflict at work through its award-winning use of transformative mediation. 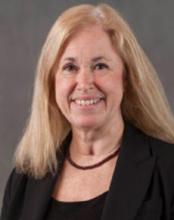 Lisa Blomgren Amsler (formerly Bingham) is the Keller-Runden Professor of Public Service at Indiana University’s School of Public and Environmental Affairs, Bloomington, Indiana. Her research focuses on voice in governance and conflict management, with a focus on collaborative governance, public engagement, dispute resolution, and dispute system design. An elected fellow of the National Academy of Public Administration, Amsler has received national awards from four different professional associations. She received the American Bar Association’s award for Outstanding Scholarship foundational to the field of dispute resolution; the Association for Conflict Resolution’s Abner award for excellence in research on labor and employment relations in the public sector; the International Association for Conflict Management’s Rubin award for research on conflict management that makes a difference in practice; and American Society for Public Administration for best book on environmental conflict resolution co-edited with Professor Rosemary O’Leary. She has published three books co-edited with Professor O’Leary and over eighty articles and book chapters on dispute resolution and collaborative governance, one of which was recently recognized as one of the 75 most influential articles published in Public Administration Review.