Getting to Know You: Rules of Engagement for Political Appointees and Career Executives

This project examines the implementation of the innovative Defense Leadership Management Program (DLAMP) and draws conclusions about its strengths and weaknesses. DLAMP is an innovation in the public sector's management of human resources and an attempt by the federal government to provide a program of systematic career development for it's civilian employees. Programs such as DLAMP are an important component of the public sector’s efforts to shore up its workforce for the challenges of the new century and make government service an attractive career option for generations to come. 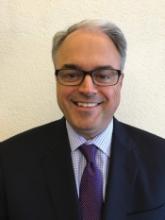 Joe has been at Georgetown since 2003 and previously served as Associate Dean of what is now the McCourt School of Public Policy at Georgetown. Prior to his service at Georgetown, Joe spent a few years as an independent public policy consultant and, before that, over 16 years as a civil servant with the federal government. Most of his federal career was with the Department of Defense, where Joe worked on budget, acquisition, and legislative matters. Joe was appointed to the Senior Executive Service and entered federal service through the Presidential Management Fellowship Program.

Joe has received numerous awards for his service at Georgetown and in government, including the Thrive Award for Service to First-Generation, High-Need Students (the inaugural recipient of this award), the Outstanding Faculty Award at the McCourt School, the Secretary of Defense Medal for Civilian Service (three times), and the Vice President's "Hammer" Award for Reinventing Government (twice).

Joe earned his Ph.D. in Government at Georgetown and has published in a number of academic journals, including the American Politics Quarterly, the Journal of Church and State, and the National Security Studies Quarterly. He has taught undergraduate and graduate courses in political science and public policy. He is married to Martha Ruth Ferrara, CPA, and they have three children, the youngest of whom begins college this fall.