Like many local governments across the nation, cities and counties in California were impacted heavily by recent economic problems. This report examines what happened to local California government revenues during this period, which services have been adjusted, how employee benefits have been treated, and what innovations have been introduced. 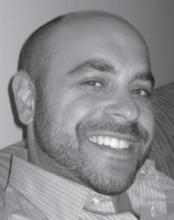 While pursuing his Masters in Public Affairs at the University of San Francisco, Jeremy started his research on local government and management of fiscal stress. He successfully completed his
capstone project, Features of Generalized Fiscal Stress in California Cities, and then continued to pursue this topic as part of this research publication.

In 2003, Jeremy founded the Global Youth Partnership for Africa (GYPA), an organization that supports community development through sports and microfinance projects in post-conflict regions of East Africa. As Executive Director of the organization, he oversaw all operations, managed partnerships with public and private sector organizations, managed an international staff and raised more than half a million dollars and in-kind contributions for program activities. He has also consulted for private family foundations developing programs in Africa. For example, he consulted on the launch of a 143-acre development project to construct a school campus in Rwanda.

Jeremy has received several public service fellowships and has been recognized as a leading social entrepreneur by Echoing Green and the Reinhard Mohn Fellowship Program. He is a proud alumnus
of the Aspen Institute’s Socrates Program, a member of SPUR, and member of the Bayview Hunters Point YMCA Board of Managers. In June 2012 he was appointed by Supervisor Mark
Farrell to serve as a District 2 Representative on the San Francisco Parks and Recreation Open Spaces Advisory Committee.

He received a B.A. in Government from the University of Texas-Austin.