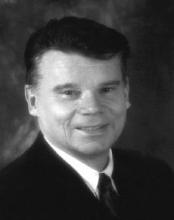 Colin Campbell was born in Calgary, Alberta in 1943. He was educated in that city and at Gonzaga University in Spokane, Washington, where he received his A.B. (Hons.) in political science in 1965. In 1966, he obtained his M.A. in political science at the University of Alberta. He completed his Ph.D. in political science at Duke University in Durham, North Carolina in 1973. From 1975 to 1983, Campbell taught at York University in Toronto where he became professor of political science and coordinator of the Public Policy and Administration Program. At Georgetown, he is university professor of public policy. From 1990 to 1998, he directed the Georgetown Public Policy Institute. He has served as a guest scholar at the Brookings Institution in Washington, D.C. three times (1979, 1982-83 and 1998-99). During 1979-81, he served as president of the Canadian Study of Parliament Group. From 1984 to 1989, he was co-chairman of the International Political Science Association Research Committee on the Structure and Organization of Government. From 1987 to 1993 and 1996 to 1997, he was co-editor of Governance: An International Journal of Policy and Administration published by Basil Blackwell of Oxford. He has had fellowships at York University, University of Manchester and the Australian National University. He has been visiting professor at Meiji University in Tokyo, the University of Melbourne, the University of Sydney and Fondation Nationale des Sciences Politiques (Paris). In 1993, he gave the Martin D'Arcy Lectures at Oxford University. He has consulted for OECD, the World Bank and Synergy, Inc. Along with co-editing five collections and publishing numerous articles and chapters in scholarly journals and books, Campbell has published eight books: The US Presidency in Crisis (1998), The End of Whitehall? (1995), Political Leadership in an Age of Constraint: The Australian Experience (1992), Politics and Government in Europe Today (1990, 1995), Managing the Presidency: Carter, Reagan and the Search for Executive Harmony (1986), Governments Under Stress: Political Executives and Key Bureaucrats in Washington, London and Ottawa (1983), The Superbureaucrats: Structure and Behavior in Central Agencies (1979), and The Canadian Senate: A Lobby From Within (1978). Managing the Presidency won two national awards--the 1986 American Political Science Association Neustadt Prize for the best book on the presidency and the 1986 Alpha Sigma Nu Prize for the best book in social or natural sciences published by a faculty member at one of the 28 Jesuit colleges and universities in the US. The US Presidency in Crisis won the 1999 Governance and International Political Science Association Levine Prize for the best book in the areas of comparative policy and administration.