Adapting the Incident Command Model for Knowledge-Based Crises: The Case of the Centers for Disease Control and Prevention

The federal government has developed increasingly sophisticated approaches to addressing emergencies and crises. One successful management model is the incident command system (ICS), which was initially developed in the 1970s as a command-and-control approach for fighting forest fires, but has since been adapted to other policy domains. The Department of Homeland Security adopted the ICS model—which it renamed the National Incident Management System (NIMS)—and required its use at all levels of government in emergency and crisis situations. 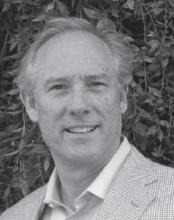 Christopher Ansell received his BA in Environmental Science from the University of Virginia in 1979 and worked at the U.S. Office of Technology Assessment from 1979 through 1984. He received his PhD in Political Science from the University of Chicago in 1993. He is currently Professor of Political Science at the University of California, Berkeley, where he teaches courses in public administration, organization theory, public policy, and regulation. Ansell’s current research focuses on how public agencies manage societal risks and govern unruly public problems. He has a strong substantive interest in public health and environmental policy. Ansell is currently U.S. editor of Public Administration: An International Quarterly, and was associate editor of the Encyclopedia of Governance (Sage 2007). He has been a visiting professor in the Department of Government at Uppsala University in Sweden and received an honorary doctorate in public administration from Roskilde University in Denmark. He is a co-founder of the Global Governance Club, an international group of scholars working on governance issues, and is currently co-editing the forthcoming Handbook of Theories of Governance (Edward Elgar) with Jacob Torfing. Professor Ansell is the author of Pragmatist Democracy: Evolutionary Learning as Public Philosophy (Oxford University Press 2011) and Schism and Solidarity in Social Movements (Cambridge University Press 2001).With Jacob Torfing, he is co-editor of the forthcoming Public Innovation through Collaboration and Design (Routledge). His work has been focused on how organizations and communities collaborate to improve performance, address shared problems, build social solidarity, and deepen democracy.