Dr. Ho presents two case studies - one from Des Moines, Iowa; the other from Boston, Massachusetts - where government agencies and citizen groups reported their own or their government's performance, respectively. While each of these cases reflects different strategic approaches, they both attempt to bring together what government does and what citizens see as being important in their community. In his report, Dr. 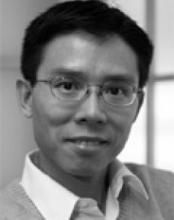 Many of Ho’s publications were the results of engaged research, in which he worked closely with local government officials, community leaders, and foundation officers to address specific policy questions and managerial needs of local communities. Former community partners include the Iowa League of Cities; the Iowa Association of Counties; the city of Indianapolis, Indiana; the city of Tulsa, Oklahoma; the city of Kansas City, Missouri; the Johnson County Library Foundation in Kansas; the William T Kemper Foundation in Kansas City, Missouri; the Alfred P Sloan Foundation; the National Science Foundation; and the Asian Development Bank.