The attacks of September 11, 2001, have posed great challenges for public institutions. The new emphasis on public security will profoundly shape debate about governmental performance and reform in the months and years ahead. This report summarizes a one-day symposium on governance and public security. Topics include: coordination of policy on homeland security, border management, protecting critical systems and biodefense and emergency response.

Transborder Service Systems: Pathways for Innovation or Threats to Accountability?

This report describes the emergence of contracts that cross local borders. One example is Edison Schools, which is now the country’s leading private manager of public schools, operating 136 schools in 22 states. Another example is Maximus Incorporate that operates social service programs in all 50 states, 49 of the fifty largest cities, and 27 of the thirty largest counties. A third example includes the construction of the new Cross Israel Highway that is led by the Canadian Highways Infrastructure Corporation. 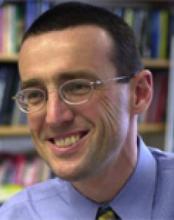 Professor Roberts writes extensively on problems of governance, law and public policy.  His most recent book, The Collapse of Fortress Bush: The Crisis of Authority in American Government, was published by New York University Press in 2008.  Kirkus Reviews called it "a trenchant analysis of the last eight years of American political history."  His previous book, Blacked Out: Government Secrecy in the Information Age, received the 2006 Brownlow Book Award from the US National Academy of Public Administration, and three other academic book awards.  He has also won several awards for his journal articles.

His latest book, The Logic of Discipline: Global Capitalism and the Architecture of Government, was published by Oxford University Press in March 2010.

Professor Roberts was elected as a fellow of the US National Academy of Public Administration in 2007.  He is also an Honorary Senior Research Fellow of the School of Public Policy, University College London.  He has had fellowships with the Open Society Institute and the Woodrow Wilson International Center for Scholars.

He is co-editor of the journal Governance and serves on the editorial boards of several other journals in the field of public administration.