The Use of Data Visualization in Government 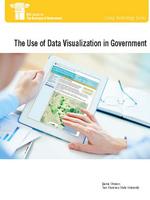 Dr. Genie Stowers
The concept of visualization recalls a pivotal scene in the movie A Beautiful Mind which showed the protagonist, mathematician John Nash, looking at an expansive table of numbers.

The concept of visualization recalls a pivotal scene in the movie A Beautiful Mind which showed the protagonist, mathematician John Nash, looking at an expansive table of numbers. Slowly, certain numbers seemed to glow, suggesting that Nash was perceiving a pattern among them, though no other researcher had been able to draw any meaning from the table.

For most people, however, a table of numbers is not intrinsically meaningful. Think of the most prosaic example: a spreadsheet. Since their early days, spreadsheet applications have offered tools that allow users to create graphics of all sorts from their tables, the better for people to understand exactly what the data are showing. Pie charts, bar graphs, and three-dimensional line charts are the barest tip of the visualization iceberg that has developed in the wake of the big data explosion. In fact, some designers use icebergs for data visualization (and others use explosions to visualize big data).

The best visualizations help viewers understand not only the data, but also their implications. This report contains numerous examples of visualizations that include geographical and health data, or population and time data, or financial data represented in both absolute and relative terms—and each communicates more than simply the data that underpin it.

In addition to these many examples of visualizations, the report discusses the history of this technique, and describes tools that can be used to create visualizations from many different kinds of data sets. Government managers can use these tools—including Many Eyes, Tableau, and HighCharts—to create their own visualizations from their agency’s data.

The report presents case studies on how visualization techniques are now being used by two local governments, one state government,and three federal government agencies. Each case study discusses the audience for visualization. Understanding audience is important, as government organizations provide useful visualizations to different audiences, including the media, political oversight organizations, constituents, and internal program teams.To assist in effectively communicating to these audiences, the report details attributes of meaningful visualizations: relevance,meaning, beauty, ease of use, legibility, truthfulness, accuracy,and consistency among them.

The report concludes with steps that government managers cantake to create and deploy powerful visualizations. Among them are to use the visuals to tell a story, to connect with an audience in a way that helps to frame the data and allows viewers to create meaning.