Civic Engagement in the Future 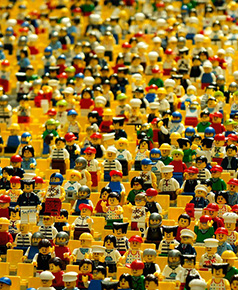 Tuesday, May 22, 2018
John Kamensky
The precipitous drop in public trust in government over the past decade has been unsettling to many government officials – but engaging citizens directly may help reverse this trend.

From its earliest days, American democracy has been rooted in vigorous civic engagement. More recently, there have been fears that increasing distrust in institutions – including government -- will lead to large scale disengagement in civic life. However, some optimistic observers are hopeful that the Millennial Generation will create a new momentum for civic involvement.  But what will that involvement look like in the coming generation – both inside and outside governmental institutions?  And importantly, what are the implications for the perceived legitimacy of government action in the society?

According to a new book, New Power, authors Jeremy Heimans and Henry Timms observe that “’Participation’ needs to be much more than a website that allows you to point out occasional portholes in the street; it need to be a constant and compelling experience that keeps people working together on the things that matter.” In their view, “The goal of new power is not to hoard it but to channel it.”

The IBM Center – as part of its 20th anniversary activities this year- is looking twenty years ahead.  It recently held the third in a series of “Envision Government in 2040” sessions, with this session focusing on the role of citizens in government (the first session focused on the future of work in the public sector; the second assessed the potential role of artificial intelligence).  This small group found itself focused on defining the parameters of civic engagement, and the different models emerging today that, if they scale over the coming twenty years, could significantly reimagine the roles of both citizens and government.

The session participants were hopeful, seeing more a distributed participatory form of governance, much along the lines expressed in the New Power book. The dialog explored four questions:

What Are the Goals of Civic Engagement? “Civic engagement” broadly embraces similar terms such as public participation, citizen participation, and citizen engagement. The group noted that the starting point is for the sponsoring entity for any engagement effort – whether it is bottom-up, self-organizing like the #March4OurLives campaign or if it is top-down, like the White House’s “We the People” petition website – needs to have a defined purpose or goal.  This will lead to the use of different engagement models with defined roles and methods of engagement. There will be different users and designs for different purposes, such as agenda setting, policy development, service delivery, or program evaluation. The bottom line: approaches to engagement need to be purpose-driven; there can’t be one-size-fits-all model.

What Different Models Exist? The newer models for engagement can be arrayed along a continuum. The New Power book describes this as a “Participation Scale:”

The trick, note the authors of New Power is “Having a structure in place to move people up the participation scale.” Interestingly, New York City is pioneering many of these structures.

New York City: A Pioneer in Engagement. As the futurist William Gibson says: “The future is already here — it's just not very evenly distributed.” Not unsurprisingly, much of the cutting-edge innovations in civic engagement can be found at the local level, scattered around the country.  In fact, the session participants predict that in the long run, all significant engagement efforts will be “local” -- not necessarily exclusively geographically local, but also include non-geographic, affinity-based groups as well.

To foster this, governments are creating structures to catalyze citizens’ ability to “move up the participation scale,” such as the establishment of civic engagement offices, sponsoring open data initiatives, and hosting participatory budgeting initiatives. New York City is pioneering examples of how other cities might engage with their citizens in the future:

Next Steps: Tackling Stumbling Blocks to Engagement Initiatives.  The session participants identified some stumbling blocks to greater citizen involvement with government. Addressing these will be important to envisioning a future with greater engagement.  These include:

Government at all levels needs to provide the overarching organizational structure and legal framework, and serve as a catalyst for engagement.  It also needs to ensure lower barriers of entry and fair access. Doing this, according to the authors of the New Power book, will change “the way everyday people see themselves in relation to institutions, authority, and one another.”