The Future of Work in Government 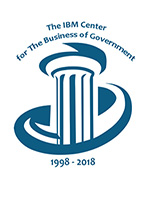 Tuesday, February 27, 2018
John Kamensky
The headlines in the news these days about the government’s workforce and workplace focus on pay, pensions, and performance. But what will the headlines look like twenty years from now?

Of course, we can’t predict the future of either the government workforce or workplace, especially not in the distant year 2040.  But we can envision what it might look like, given what we know about trends underway today.

The IBM Center – as part of it 20th anniversary activities this year – is looking twenty years ahead.  It recently held its first in a series of “Envision Government in 2040” sessions, starting with “the future of work in government.” This small group session spurred a fast-paced conversation that raised more questions than answers, but concluded that we need to start preparing now for that future, whatever it might be:

The Workforce.  The Tech Revolution is happening faster than we are ready to absorb, writes Darrell West in a new book to be released in May.  There will be fewer full-time employees in government – just look at the staff sizes of places like Facebook and Google which are on the cutting-edge of the future workforce in the private sector.

Estimates of job displacement as a result of a variety of new technologies – artificial intelligence, robotics, 3-D printing, nanotechnology, virtual and augmented reality, etc. – vary depending on the studies involved. Strategists are saying that the role of humans will need to shift from accumulating and synthesizing knowledge (which can increasingly be done by artificial intelligence) to skills such as empathy, experimentation, and innovation. And, this would require a reorientation of our education system. With this in mind, the emphasis will be on re-skilling and re-deploying the workforce, not replacing it.

However, certain kinds of work may go away. Work that is repetitive in nature, such as transactional services such as HR and financial management, will largely be automated and likely be candidates for being contracted out to the private sector for delivery.

Some questions raised in the Envision Session:

The Workplace. The increasing interconnectedness among people and machines will increasingly allow people to work from anywhere via virtual reality and other participatory systems, allowing individuals and teams to still feel as connected as if they were co-located.  This increase in connectivity will allow opportunities for less physical travel and greater flexibility for geographic locations for individuals and organizations. But this also implies greater investments in digital infrastructure to allow this to happen.

Preparing Today for Change Tomorrow. Technology is typically being seen as augmenting, not replacing, today’s workers. But increasingly the role of workers will change.  For example, STEM education is seen as important up until about 2035, but increasingly less so as a result of AI advances after that point.  After that point, other human traits will become more important in the workplace, such as empathy and imagination. As one report notes: “Computers are great at optimizing, but not so great at goal-setting, or even using common sense.”

What Comes Next?  The “Future of Work” envisioning session was the first of several envision sessions in the works.  The next will focus on the impact of Artificial Intelligence, to be followed by several others.  Each of these sessions are being used to inform selected authors as they draft chapters for our “Future of Government: 2040” book to be published this Fall, so keep tuned!

Also, don’t forget the Challenge Grant contest!  We know we don’t have all the good ideas for envisioning the future of government and this contest lets you contribute your ideas.  Launched six weeks ago, the deadline for submitting your idea is Tomorrow – no later than midnight, Wednesday, February 28th!