Will Congress Enact Improvements to the Federal Budget Process? 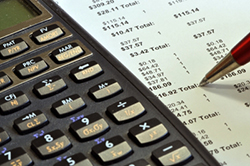 Thursday, November 15, 2018
Karin O’Leary
Last week, I attended the Fall Symposium of the American Association for Budget & Program Analysis (AABPA) for the morning panel discussion: The Joint Committee on Appropriations and Budget Reform: What Will Come of It?

Since the enactment of the Budget Control Act (BCA) of 2011, Congress has encountered greater difficulty in passing spending legislation by not having enough votes to either raise the BCA caps or pass appropriations bills. In the spring of 2018, Speaker Ryan offered a compromise through the Bipartisan Budget Act of 2018 that raised the caps for fiscal years 2018 and 2019, and created the Joint Select Committee with an equal number of members of both political parties. The Joint Select Committee is charged with recommending possible changes to the budget and appropriations process by the end of November 2018; although, it is expected that the Committee’s report will be issued this week. This AABPA panel featured several veteran federal budget watchers and participants, two of whom testified before the Joint Select Committee last spring. The panel discussed reforms that may be recommended by the Joint Select Committee, as well as the likelihood that any such reforms will be enacted into law.

The panelists were Philip Joyce, Senior Associate Dean and Professor of Public Policy in the University of Maryland’s School of Public Policy, Maya MacGuineas, President of the Committee for a Responsible Federal Budget as well as the head of the Campaign to Fix the Debt, and G. William Hoagland, senior vice president at the Bipartisan Policy Center. Both Ms. MacGuineas and Mr. Hoagland testified before the Joint Select Committee as experts.

The panelists discussed a variety of potential recommendations that the Joint Select Committee may put forward. The first is the inherent need for fiscal constraints by having realistic, annual fiscal targets. Also, the need for greater accountability by enforcing deadlines and the rules. Instead of “no budget, no pay for Congress” it was suggested that “no budget, no recess” or “no passing other bills with fiscal effects.” Another potential recommendation is improving transparency of what is in the budget. Currently, the budget is too complicated and difficult for voters to understand what is in it.

Each of the panelists stressed the importance of the Congressional Budget Office and the need for fair and impartial information for Congress to make informed decisions. Other potential recommendations are:

Mr. Hoagland expressed concerns with the makeup of the Joint Select Committee: he offered that it was House-centric and included some Senators not engaged in the budget process, and also had more Appropriations than Budget Committee membership participation. This could mean, for example, that in weighing final recommendations from the Joint Select Committee, a  biennial budget would be unlikely to include biennial appropriations because appropriators will not want to reduce their annual spending oversight. Further, biennial budgeting for discretionary caps is essentially what has happened since the BCA was enacted, and the caps continue to be raised (especially for defense spending).

Overall, the panelists questioned whether recommendations from the Joint Select Committee will become law due to the lack of time on the calendar in this session of Congress, as well as the lack of support from key Members. However, the dialogue has helped to build bicameral trust, and the panelists concluded that if a subgroup of Joint Select Committee members continues to work on improving the budget process that could also be considered a positive outcome.

Note: The AABPA is an independent nonprofit association incorporated in Washington, DC in 1976 to highlight the importance of thorough and professional analysis for government decisions.