Where’s the Money? Oversight of the CARES Act 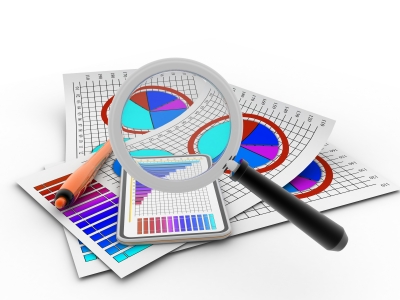 Thursday, April 2, 2020
John Kamensky
With the passage of the $2.3 Trillion economic recovery bill, things are happening at breakneck speed.

The Small Business Administration says it will start accepting “paycheck protection” applications from up to 30 million small businesses by April 11.  The IRS is anticipated to start sending out stimulus payment checks starting mid-April to about 140 million taxpayers. And there are dozens of other provisions mandating action with impossibly short deadlines – while much of the federal workforce is working from home.

In the midst of this frenetic action, the new law – officially called the Coronavirus Aid, Relief, and Economic Security (CARES) Act -- also contains a series of accountability provisions to oversee this rapid spending.  What are these provisions?  How do they compare to those in the 2009 Recovery Act, which distributed $787 billion to mitigate the Great Recession? Are there insights from the 2009 oversight efforts that could help jumpstart current efforts?

First, what are the oversight provisions in the CARES Act?  Essentially, there are five components, funded with about a quarter of a billion dollars:

Existing Offices of Inspector General. The inspector general offices in 14 agencies are receiving $139 million in supplemental appropriations to undertake oversight of their agency’s portion of programs and dollars in the bill. For example, the IG at the Small Business Administration received a $25 million boost in its budget to help oversee the vast expansion of SBA loans under the new law. This is more than double its current spending level and can be spent over a four-year period.

A New Special Inspector General in Treasury.  A new, temporary Special Inspector General (IG) for Pandemic Recovery is being created in the Department of the Treasury to oversee the distribution of $500 billion in loans, loan guarantees, and investments that will occur in concert with the Federal Reserve. This fund could be leveraged to inject an additional $4 Trillion in liquidity into the economy via the Federal Reserve.

The Special IG will be a presidentially-appointed and Senate-confirmed official with the same authorities as regular IGs. Responsibilities include the audit and investigation of the loans, loan guarantees, and other investments made by the Secretary of the Treasury under the provisions of the $500 billion fund. The Special IG’s office was given an initial $25 million appropriation; the office terminates in 2025.

The Special IG must also establish a tracking and quarterly reporting system that:

The statute also says the Special IG has the authority to request information from agencies in order to meet its reporting obligations and if not provided, “shall report the circumstances to the appropriate congressional committee without delay.” However, the president’s signing statement disputed this authority.

The commission is chartered to assess the impact of the loan fund on the financial well-being of people and the economy as well as on financial markets and institutions.  It is also tasked with assessing the effectiveness of efforts to minimize costs and maximizing benefits to taxpayers.  It is charged with issuing its first report 30 days after the first loan is made, and then every 30 days thereafter. The statute also grants the commission the authority to hold hearings and request data from federal agencies to meet its oversight responsibilities.

The Government Accountability Office’s Role. The CARES Act directs the Government Accountability Office (GAO) to also conduct studies on the $500 billion loan fund, with the first in November, and then annually thereafter until the loan fund dissolves. It is also charged with providing monthly briefings to congressional committees on the implementation of the new law, as well as quarterly reports to the public.

A New Oversight Committee of IGs.  And finally, a Pandemic Response Accountability Committee (PRAC) is being created to identify major risks cutting across program and agency boundaries, and to coordinate the work of the entire inspectors general community. This committee will basically be looking at everything other than the Treasury loan fund. The Defense Department’s acting inspector general, Glenn Fine, has been named to chair the committee.

The PRAC is constituted as a committee within the existing statutory Council of Inspectors General for Integrity and Efficiency. The chair of that council, Department of Justice Inspector General Michael Horowitz, selected Fine to lead the PRAC.  Twenty-one other IGs have been appointed to the committee.

The PRAC will hire an executive director and deputy, with congressional consultation.  The PRAC was appropriated an initial $80 million and given a five-year lifespan, terminating in 2025.

The PRAC will both be a coordination hub for the IG community’s work overseeing the new law and has independent authority to conduct its own audits and investigations in areas where there are major risks cutting across program and agency boundaries.  It is given subpoena and enforcement authority, including over non-federal employees.

A major role of the committee will be to ensure transparency of how funds are used.  It is mandated to establish a public-facing website by April 27th that will provide “relevant operational, economic, financial, grant, subgrants, contract, and subcontract information in user-friendly visual presentations to enhance public awareness of the use of covered funds and the Coronavirus response.”

Agencies are to submit their spending plans to PRAC by June 27th. They are also to submit quarterly reports to the Office of Management and Budget, Treasury, the PRAC, and appropriate congressional committees that detail how funds are spent on each project or activity. These data are then to be released publicly after 30 days via the PRAC website.

A major difference is the availability of current spending data via the DATA Act.  The new law does not create a parallel financial data collection system as was done under the 2009 Recovery Act, when reports were required to be submitted directly by recipients to the Recovery Accountability and Transparency Board but it does require project-level reporting and unique trackable ID numbers for each, that are downloadable and machine-readable. The CARES Act also mandates the first public report to be available months sooner than was required for the 2009 Recovery Act’s first report.

Interestingly, the 2009 law invested about $67 million more in oversight than the CARES Act. In addition, in 2009 there was strong support for oversight efforts in the Administration. President Obama designated the Vice President as the focal point for implementing the act and declared: “We cannot tolerate business as usual -- not in Washington, not in our state capitals, not in America's cities and towns.  We will use the new tools that the Recovery Act gives us to watch the taxpayers' money with more rigor and transparency than ever.” Five years later, observers found far less fraud and misuse than originally estimated.  This has been attributed to the oversight and transparency efforts employed.

It will be interesting to follow how the IGs and the other new oversight functions are implemented and whether they build on the experiences of the oversight efforts developed in 2009 such as the creation of a centralized analytics and investigations support function. GAO identified a set of best practices developed during the implementation of the Recovery Act that improved public transparency of spending.  These practices, which might be a template for the CARES Act, include using social networking tools and obtaining stakeholder input in the design of the website.

It will also be interesting to see if accountability functions will be further expanded as Congress considers additional spending legislation to address the country’s economic recovery in months to come.