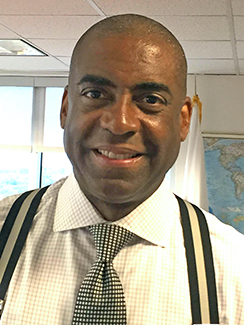 In 2017, the Modernizing Government Technology Act authorized the Technology Modernization Fund (TMF). The funding is slated for the replacement of federal mission-critical systems that were either end-of-life or in dire need of modernization. Federal agencies have lined up to take advantage of what would be a shot in the arm in terms of funding required to replace their ailing systems. Though receiving these funds comes with specific requirements that need to be met, it does not completely answer the question of what impact the modernization efforts should have on the specific lines of business they serve. 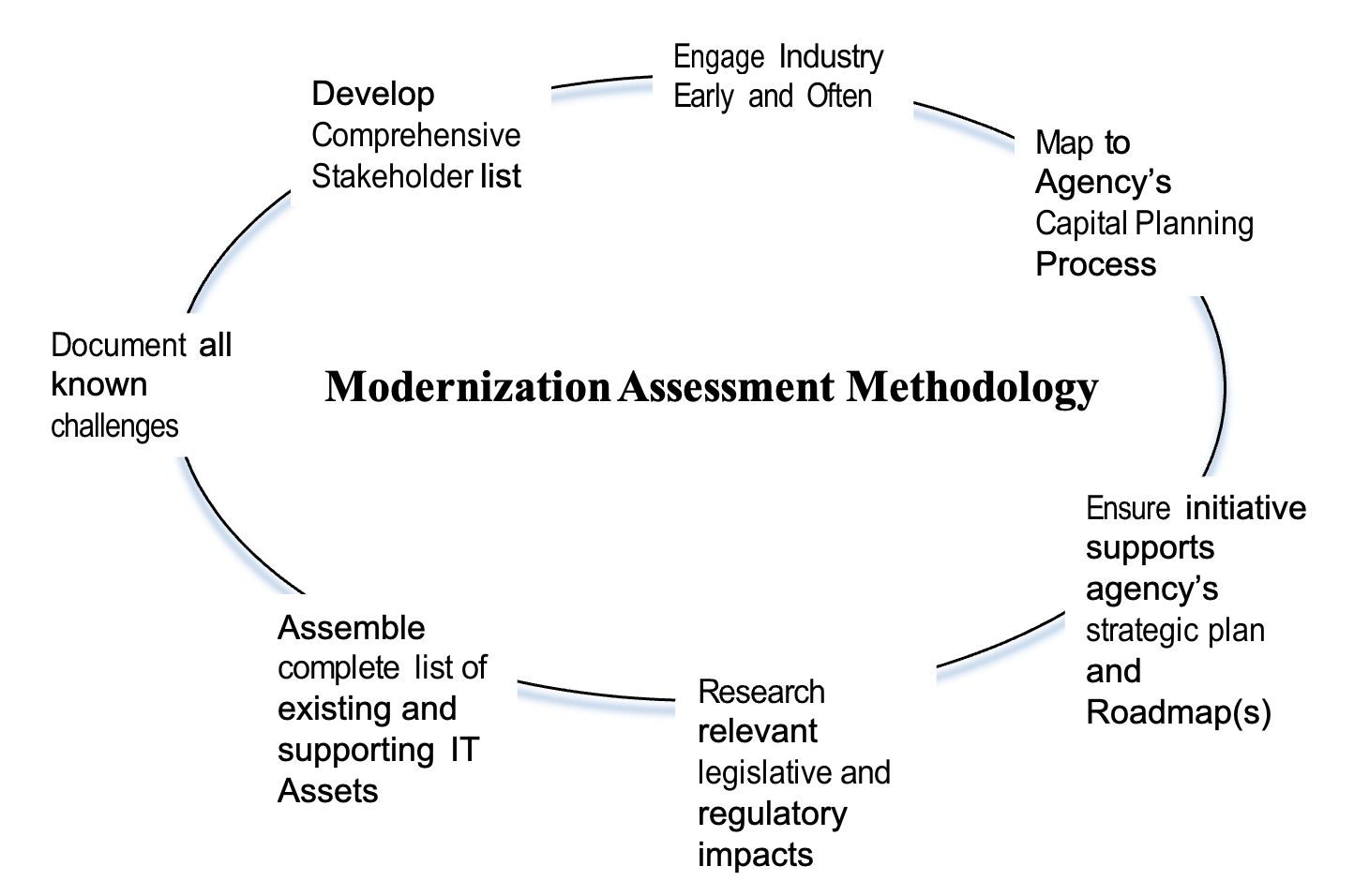 The above diagram includes issues that should be responded to prior to beginning a modernization effort. For example, oftentimes, modernization initiatives only consider the system users and the public receiving the services as stakeholders. More times than not, however, many more stakeholders are impacted, such as researchers, congressional members, auditors, budget service analysts, and general council staff, to name a few. Their needs and challenges should be considered as part of the list of mandatory requirements for the new system.

Another node on the Modernization Methodology speaks to engaging industry early and often. This point is critical. For example, while we all do our paper-based market research before we buy a new or used car, few of us would ever close the deal without a test drive. While RFPs (Request for Proposals) serve the federal space well, they should not be considered a substitute for physically engaging vendors that can provide real test drives of their products and services. Some might feel this will unnecessarily elongate the acquisition lifecycle, but it does not have to. If made part of the entire lifecycle, it can provide an even playing field for industry while giving potential clients more decerning data with which to make final acquisition decisions.

As a use case, consider the much-needed modernization of the Grants Line of Business in the federal government. In 2020, more than $500 billion was spent on federal grant making. While these grant dollars drive many critical services delivered to the tax paying public, a large number of the systems that support this line of business are at end-of-life or simply don’t work. Additionally, many of these services continue to be supported by manual processing of eligibility and payment data. The introduction of the modernization funds should represent a significant shot in the arm for these antiquated systems and processes.

Let’s consider some of the challenges that have historically impacted the Grants Line of Business. For example:

So, how can the utilization of modernization funding impact these challenges. More times than not, when agencies tackle a modernization effort, the focus has been on technology. Systems modernization, however, is and should remain a business undertaking and not a technology initiative. Yes, technology is the enabler but it should not be the primary objective. When organizations approach modernization from a technology perspective, it turns out to be a “Capability in search of a Problem” initiative. Instead, it should be more of a detailed articulation of the problems/challenges and then a mapping of technology that can resolve the issue(s).

The federal government Grants Line of Business is at a critical juncture in its evolution. The challenges are well known. Stakeholders have made their voices clear. The technology and its supporting methodologies, such as the cloud, AI, ML, low-code no code, containerization, analytics, for example are more powerful and accessible than ever before. Finally, the government is making available to agencies funding to modernize and future-proof their systems and processes. As a result, government leaders need to ensure that the modernization efforts are robust and complete. There needs to be assurances that each initiative solves real business challenges as opposed to just technology problems. And, most importantly, that the initiatives speak to the needs of all stakeholders.