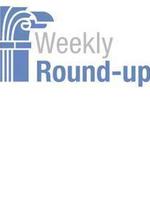 'The best leaders allow themselves to be persuaded'. Steve Kelman notes that a critical leadership trait is far harder than it sounds.

Healthcare entering next wave of cyberthreats. While there's evidence that organizations are better controlling data loss, today's attackers are becoming much more targeted and sophisticated

DHS edging off GAO's high risk list. The congressional watchdogs who track the management and acquisition issues that have consistently put the Department of Homeland Security on a federal "high risk" list said the agency is well along in its fight to jump off of it. "Based on our criteria, DHS is three-fifths of the way there" in implementing reforms that would remove it from the Government Accountability Office's High Risk List, GAO's Rebecca Gambler told a Senate Homeland and Governmental Affairs Committee panel on March 16.

CIA appoints new CIO. Doug Wolfe, credited with executing on the CIA's move to the cloud, takes another senior role at the agency. John Edwards is his replacement as CIO.

House panel presses VA CIO about info security. Technology watchdogs in the House of Representatives quizzed Department of Veterans Affairs CIO LaVerne Council about agency modernization and information security at a March 16 hearing, set against the release of yet another disappointing FISMA report from the agency's Office of Inspector General.

Pairing Service Dogs and Vets With PTSD. Veterans with severe post-traumatic stress would be paired with service dogs paid for by the government to help support them under a new House bill.

Guardian Forces.  DefenseOne raises an interesting concept:  is there a new category of government personnel evolving – not quite civilian, but not quite military . . . Calling them “guardian forces,” it notes that there is an “ increasing numbers of military and non-military personnel who perform national security tasks far from direct violence, like in combating cyber threats, operating satellite constellations, or remotely controlling drones. Increasingly critical to the nation’s security, they often fit uneasily into the longstanding conception of U.S. military service.”

Census on line – Postal off line.  Federal Computer Week notes that increased use of technology could save the Census Bureau $5 billion in the next census – but this could be at the expense of the Postal Service, which won’t be handling the same volume of mailed surveys as in the past.

Streamlining and Transparency in the Rulemaking Process.  The Government Accountability Office testified: “GAO has consistently found opportunities to improve the transparency of regulatory processes coordinated through the Office of Management and Budget's (OMB) Office of Information and Regulatory Affairs (OIRA). Three GAO reports on OIRA's reviews of agencies' rules under Executive Order 12866 illustrate current and specific actions that would increase the transparency of that review process.”

Bi-Partisan Bill on Evidence-Based Commission Passes Senate.   The House had previously passed the bill (H.R. 1831), so it goes back for final passage.  According toSen. Patty Murray: “the commission would determine whether the federal government should establish a clearinghouse for program and survey data, what data should be included in the clearinghouse, and which qualified researchers from both the private and public sector could access the data to perform program evaluations and policy-relevant research.”

White House Releases Open-Software Proposal. The White House is encouraging Federal software collaboration and improvement with the software draft policy. The policy would require software developed by or for the Federal government to be made available for sharing and improvement across Federal agencies. The proposed policy is being released for public comment. The plan also includes an effort to release a portion of Federal custom-code to the public.

NIST: Time to take telework's cyber risks seriously. Federal teleworkers present a target for hackers, according to NIST researchers. Information taken from teleworkers devices can provide attack vectors for those targeting federal IT systems. Two draft publications were released on March 11: the Guide to Enterprise Telework, Remote Access, and Bring Your Own Device Security and the User's Guide to Telework and Bring Your Own Device Security.  In them, NIST researchers advise organizations to assume that external environments contain hostile threats. NIST advises using multi-factor authentication for enterprise access and should encrypt the device's storage and all sensitive data stored on user devices, or prevent storing sensitive data on devices at all.