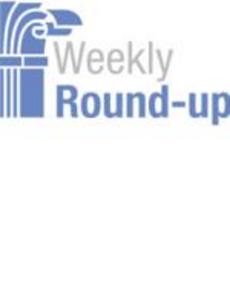 Friday, September 12, 2014
Michael J. Keegan
The IBM Center's Weekly Round Up highlights articles and insights that we found interesting for the week ending September 12.

GAO Updates Internal Control Standards.  The Government Accountability Office released an update to its “Green Book,” which outlines its standards for internal controls in federal agencies.

Customer Service Stinks.  Emily Kopp, Federal News Radio, highlights a new report on customer service in the federal government by the Partnership for Public Service, which describes a drop in satisfaction. One reason why:  “the federal government does not build its digital services around the intended customer,” note the report authors.

CIO Playbook.  The new US Digital Service is already at work!  They’ve posted a 13-point “playbook” of best practices with checklists and questions, such as:  “understand what people need.”  Don’t like what you see?  They offer a feedback button.

VA’s 90-day Improvement Plan. Department of Veteran Affairs Secretary Bob McDonald has committed to a 90-day plan:  “Road to Veterans Day,” reports FedScoop’s Dan Verton.  According to Emily Wax-Thibodeaux, Washington Post, McDonald says: ““We will see everything through the eyes of the veteran, through the lens of veterans.”

Strangling Shadow IT.  Jason Miller, Federal News Radio, reports on efforts by agency CIOs to centralize control over their agencies’ IT systems.  A panel at a recent AFCEA conference “split between implementing centralized control of all IT, and finding the right balance of giving field offices some latitude” so these offices would have opportunities to innovate and act quickly in response to changing conditions on the ground.

Cloud, budget reductions helping CIOs pull IT out of the shadows. Shrinking agency budgets and the wide-spread use of cloud computing are starting to address a long-standing problem for agencies commonly known as shadow IT. Shadow IT is when employees deploy hardware and software without the permission and/or knowledge of the agency's chief information officer. But after decades of this cat-and-mouse game between field offices and the headquarters CIO, or in some cases with bureau CIOs, two factors are beginning to bring shadow IT out into the light.

DHS S&T chief plans for more relevant research, better employee morale. The Homeland Security Department's new science and technology chief says he has a plan to turn around an organization that outside auditors say is out of touch with its customers and has numerous duplicative projects, poorly-tracked investments and rock-bottom workforce morale.

IGs accuse agencies of stonewalling. Agencies are creating roadblocks for auditors, hampering efforts to fix critical programs and wasting taxpayer money, three inspectors general told the House Oversight and Government Reform Committee. In some cases, investigators have received key documents after lengthy delays. In others, the IGs testified, they are still being stonewalled. The IGs cited specific examples at the Peace Corps, Justice Department, Environmental Protection Agency and the Chemical Safety Board.

NSF seeks feedback on big data innovation hubs. The National Science Foundation is looking for some big ideas about big data. According to a notice in the Federal Register, NSF seeks input from all parts of the big data ecosystem on the formation of new Big Data Regional Innovation Hubs that will generate the kinds of activities and partnerships established by National Big Data R&D Initiative over the past three years. The hubs would also stimulate, track and help sustain new regional and grassroots partnerships around big data.

How satellites track ground moisture from space. The soil moisture data from NASA's SMAP mission will benefit farmers and ranchers as well as those who do flood modeling and drought monitoring.

Modernizing VistA: Enabling scalable interoperability in a legacy system. The Department of Veterans Affairs is in the midst of an evolution as it continues efforts to modernize and ensure the long-term viability of VistA to meet the healthcare needs of the nation’s military veterans. The Veterans Health Information Systems and Technology Architecture is the VA’s enterprise electronic health record system that tracks clinical treatment and care information. Upgrading it is a major undertaking with a significant impact on healthcare facilities across the VA, from both clinical and technology standpoints.

How did the US Healthcare system evolve? What’s surprising about the history of healthcare reform in the U.S.? What are the Six Megatrends in Healthcare? Join host Michael Keegan as he explores these questions and more with, Dr. Zeke Emanuel, author of Reinventing American Healthcare.