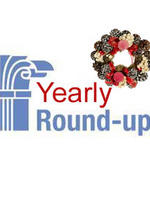 On behalf of everyone at the Center for The Business of Government, I want to wish you a happy, healthy, exciting 2013.  We look back at 2012 with a mixture of relief, gratitude, amazement, and some sadness.  We bid a fond and heart-felt farewell to our executive director of many years, Jonathan Breul, and shortly thereafter welcomed his successor, Dan Chenok.  We published numerous reports of which we are very proud and hosted insightful guests on The Business of Government Hour.  And we've had the great pleasure to work in a field filled with inspiring colleagues, and to which we hope we have made meaningful contributions:

It has proven impossible for me to limit myself to a single article by Alex Howard as his best in the past year.  Though Alex and I have our disagreements, I continue to find him an engaging and indespinsible voice in Gov 2.0.  Here are three of his best from 2012:

Of my own work, I'm proud of the series I did for Gov.AOL, Smart Policies for Smarphones, and the continuing series I'm doing both for Gov.AOL and Gov Exec on Emerging Trends in Innovation and Social Media.  I also published a prediction piece on TechPresident on Identity Management.

And, really, most of the work on GovLoop is stellar, but pay special attention to these Top-12 members.

As  this year comes to a close, we offer a handful of shows you may have missed.  They offer timely insights and illustrate the important work government executives are doing. Here's a sampling, but you can also peruse our entire archive.