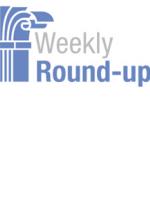 This week, we hear from a varied group of leaders, innovators, practitioners, and thinkers, who offer models to follow, provide insights that infuse theory to practice, and pave the way to shaping the business of government. Our guests will include Vice Admiral Jack Dorsett, Dr. Bobby Braun, Dr. David McClure, Richard Spires, Clarence Carter, and Russ Mills as they discuss public management challenges and innovations.