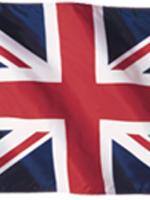 Tuesday, August 24, 2010
Are there lessons from the use of Public Service Agreements over the past decade in the UK for the implementation of the Obama Administration’s High Priority Performance Goals?

Volumes have been written on how to develop performance measures and targets.  However, comparatively little has been written on how to use measures to monitor or manage.  In the U.S., there have been efforts via the Clinton-era Presidential Performance Agreements and Performance Based Organizations, and more recently via Baltimore’s Cit-Stat, Iowa’s Results-Based Budgeting, and Washington State’s GMAP.  In the United Kingdom, similar efforts were undertaken by using Public Service Agreements and creating the Prime Minister’s Delivery Unit.

What are some lessons from the implementation of the British Public Service Agreements (PSAs) that might be helpful for the still-evolving management system being developed to implement the Obama Administration’s High Priority Performance Goals?

Background.  An article in the current issue of Public Administration Review examines the implementation of the British PSAs.  The article, by Pietro Micheli and Andy Neely, sketches out the history and implications of this initiative.

According to Micheli and Neely:  “PSAs are explicit agreements, targets, and indicators that are established between the finance ministry (known as Her Majesty’s Treasury) and individual government departments, which subsequently are cascaded throughout the public sector in an effort to ensure delivery alignment.”

Focus of PSAs is on monitoring service delivery, not policy-development or resource allocation.  The British first introduced their use in 1998 as “contracts” between government departments and the British Treasury.    These PSAs were updated every two years and were the focal point for negotiating priorities, delivery standards, and budgets.  In the beginning, about 250 performance targets were determined via PSAs.  By 2007, the government was focusing on a much smaller set, about 30 PSAs with about 180 performance metrics.

The 30 Most Recent PSAs.  The three-year PSAs were last set in 2007.  These agreements cut across different departments.  Earlier versions had been the responsibility of individual departments.  Each agreement details a set of objectives and targets, and designating individuals responsible.  Here are the first five on the list.  The remainder can be viewed here.

The Prime Minister’s Delivery Unit focused on a sub-set of the PSAs, not all of them.

Departmental Examples.  A February 2010 report by the Center for American Progress describes how one PSA target, within the Public Service Agreement for public safety, was handled:

The British Home Office, which is responsible for immigration, policing, and drugs, set a challenging target to reduce vehicle crime by 30 percent between 1998 and 2004. The result was a particularly broad and innovative policy response, including working with car manufacturers to improve vehicle security standards, introducing a new voluntary standard for car parks in the United Kingdom so that police forces accredited those car parks that had good security measures in place, and advertising campaigns to encourage car owners to be more careful. . . .

Contrasting Assessments of the Value of PSAs.  From a practitioner’s perspective, the PSA process was seen as a way of setting clear goals and design strategies to ensure effective implementation.  For example, the Center for American Progress concluded:

The U.K. approach demonstrates that it is possible to define goals for government in a particularly complex setting and across a wide range of policy areas. Targets focused on outcomes can lead public officials to think creatively about how to achieve them, and then build alliances with other organizations and agencies to win their buy in. As it is the delivery of the outcome that is judged as success, not the delivery of the program, public officials are incentivized to think hard about what will work, and to continually test and adjust solutions until they are successful.

“. . . it is interesting to note that, notwithstanding the substantial investment of resources and emphasis places on such system, this performance measurement regime failed to establish a pervasive and consistent approach that could link the different elements of the ‘delivery chain.’”

“Each government department has its own plan, with a list of objectives and deadlines to achieve them by. So far, this might sound like the last government with its Public Service Agreements and Prime Minister's Delivery Unit. The difference is in what we're asking departments to do – not to control things from the centre but to put in place structures that will allow people and communities to take power and control for themselves. In place of the old tools of bureaucratic accountability – top-down regulation and targets – are the new tools of democratic, bottom-up accountability – individual choice, competition, direct elections and transparency.”

This contrast in approach may sound familiar in the US, as well!

Implications of PSAs for the US.  The Obama Administration seems to be modeling its High Priority Performance Goals after the UK experience, and legislation is pending in Congress to provide more permanence than did the British initiative. So what are some lessons that might be derived?