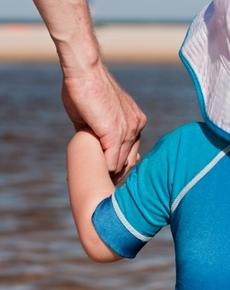 A recent case study of the federal-state-local Child Support Enforcement Program (CSE) suggests it can be done, but it takes time and collaboration across a wide range of stakeholders.  The study, by Robert Doar, Dennis Smith, and Kinsey Dinan, examines “the experience of a complex federally-managed, state-administered program that has already implemented a performance measurement and management approach.”  They trace the development of the CSE approach over a 20-year period, starting in 1994 with initial implementation in 2002.  CSE set five key metrics, and has been tracking progress over the years.  For example, child support payments cannot be collected unless an order is established first, and the percent of cases where the state has successfully established a child support order rose from 62 percent nationally in 2000 to 82 percent in 2012.

Background of Child Support Enforcement Program.  The CSE program was created in 1975 to locate non-custodial parents, establish paternity, file child support orders, and enforce those orders by collecting payments from non-custodial parents (sometimes called “deadbeat dads”).  The payments are delivered to the parent caring for a child – or shared with the state government if the parent is receiving welfare payments.  It is an office in the U.S. Department of Health and Human Services but states have the primary responsibility for operating the program.

The federal government sets program standards and shoulders about two-thirds of the administrative costs for running the system.  It also provides states an incentive bonus if they are particularly effective in collecting and disbursing payments.

Three Steps in Setting Common Measures.  The CSE program was chosen to be one of the first pilots for performance measures in 1994 under the just-passed Government Performance and Results Act (GPRA).  The federal program head at the time, David Gray Ross, said he wanted to create “a consensus-based system of measuring performance, as well as an identified standard or level of performance which would be used to reward above average performance and identify poor performance.”  To do this, he followed three steps:

Step 1:  Create a vision.  The then-new GPRA law required agencies to draft a five-year strategic plan.  Federal CSE staff drafted one and actively sought feedback from state CSE directors.  The plan described a vision for the future, with three supporting goals and defined objectives to meet those goals.  In order to develop a cross-state consensus, the original plan did not attempt to define measures.  Rather, that was designated as a next step in the process.

Step 3:  Design an incentive-based funding system.  At the same time the measurement pilots were beginning, a major welfare reform law was passed that called for improvements to the CSE program and required a new performance-based incentive funding formula to be developed.  A cross-state working group was formed to create this formula, which resulted in a report in early 1997 detailing five proposed performance measures, which were subsequently put into law in 1998.  Each year since fiscal year 2000, state performance and incentive payments have been calculated based on these five performance measures.

So how did the new system work in practice?

New York State and City Experiences.  At the state level, states varied widely in their performance.  New York State embraced the new measures in 1998 and used them to define priorities and strategies that extended their own performance management system.  For example, the State has a state-supervised, locally-administered system comprised of 58 local departments of social services. Prior to 1998, the State CSE director had already decided they should collectively focus on what became one of the five key metrics:  the number of support orders achieved in court each month.  They set monthly goals, county-by-county, and the State director held the state employees in each county accountable for meeting these goals. The new federal management system provided further energy and direction to the State’s approach.

By far the largest of the 58 local departments is New York City’s Human Resources Administration.  Its Office of Child Support Enforcement (OCSE) office has an active caseload of more than 400,000 and in 2013, collected $735 million in payments (per Mayor’s Management Report, p. 96).  HRA is led by the lead study author, Robert Doar.  His OCSE office focused on all five key metrics, with an emphasis on one where the City lagged behind the rest of the State:  the percentage of open cases that had a court order to collect payments.

To manage improvements in the percentages of cases with court orders, HRA created an extensive reporting structure that allowed staff to detect trends via intermediate process measures.  These more detailed operational measures serve as early warning signs that allow staff to develop operational-level solutions before trends become a problem.

Impact, Lessons Learned.  According to the authors, “Implementing performance management within the framework of the federal CSE program’s incentive funding structure has allowed OCSE to significantly enhance its efficiency and effectiveness.”

Since 2000, when the metrics were established, nationwide performance has improved on all five measures. In New York State, for example, the percentage of cases where paternity had been established grew nationwide from 80 percent in 2000 to 85 percent in 2013. In the case of New York City, the growth went from 43 percent to 76 percent.

Commissioner Doer and the head of the City’s OCSE, Frances Pardus-Abbadessa, conclude that the federal role in performance management was an important factor in improving the City’s child support program.  This demonstrates, they say, “that state and local governments can and will organize their operations to achieve performance standards set by the federal government” if the performance system is well-designed and implemented.  Good design elements include:

The authors believe that, based on the history of the CSE program, similar performance management systems could be developed for other federal-state-local programs such as workforce development and child welfare services.  They conclude: “The open question is why it has not been applied more broadly?”