Social Media in Times of Emergency 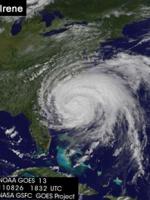 In the month of August, the East Coast was hit with two natural disasters, one foreseen, Hurricane Irene, and one without notice, the August 23rd earthquake.  Though one primary form of established media failed—phone service during the earthquake was interrupted for many, if not most—both government agencies and individual citizens used social media to learn about what was happening and to communicate while each emergency progressed.

As the Congressional Research Service states in its September 06, 2011, publication, “Social Media and Disasters: Current Uses, Future Options, and Policy Considerations,” government bodies turned to social media at three different times for vastly different purposes: first in preparing for a disaster; then in responding; and finally for recovering.  Then, there are different platforms through which people access social media, the two most important being mobile (which itself includes three distinct devices: cell phones, smartphones, and, increasingly, tablets), and PC-type platforms.  Finally, there are a few critical tasks that governments can achieve through social media: preparing citizens in areas likely to be affected by a disaster; broadcasting real-time information both for affected areas and interested people; receiving real-time data from affected areas; mobilizing and coordinating immediate relief efforts; optimizing recovery activities.

Over the coming weeks, this blog series will explore each of these in detail.  This introduction, however, will sketch out which tools government agencies used, how and when they used them, and what they used them for.

Three ways and times to use social media

Here is how the CRS characterizes government agencies’ use of social media before, during, and after an emergency.  Detailing certain agencies’ activities in each of these areas will be the focus of the next blog post.

The CRS makes a special note about the technical limitations of certain technologies—for example, the battery life of tablets and smartphones.  One of the posts in this series will examine how the platform through which people are able to access social media has shaped the kind and format of the information that governments need to communicate.

Critical tasks that governments can achieve through social media

The final post on this topic will synthesize the final sections of the CRS report, and will detail how specific agencies are using social media on their own and in concert with organizations and individual citizens to: