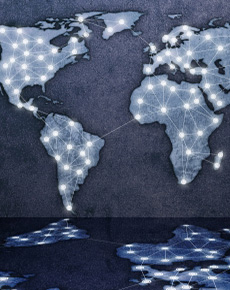 Tuesday, December 12, 2017
Dan Chenok
The United States faces a wide range of national security challenges. These challenges come at a time when the Department of Defense (DOD) confronts resource constraints in several areas, as well as continuing resolutions that have made budgets unpredicta

Even as the United States remains the strongest, most capable military in the world, U.S. leadership in all domains is being challenged by “near-peer” competitors aggressively seeking to close the capability gap.  The military calls this “near-peer” (against someone who has similar weapons and abilities) warfare.

Competing at this level will be a significant challenge and departure from the traditional civil-military divides that have dominated U.S. national security thinking in recent decades.  Countering the quick, agile, and hidden efforts to influence governments and alliances requires a sophisticated, integrated approach.  In this new environment, the U.S. government needs to shift its thinking away from single functioning government entities towards solutions capable of supporting Whole-of-Government practices that will more broadly protect citizens, critical infrastructure, and core institutions.

A few examples would be as follows:

Department of Health and Human Services Chief Defense Liaison (HHS CDL) – would be prepared to assess any near peer adversary intentional action against human food and health. Possible intentional planned virus or contaminated food near locations of troops might be discussed. CDL would leverage the advanced analytic capability HHS has underway.

Department of Treasury Chief Defense Liaison (TREAS CDL)– would be prepared to assess near peer adversary intentional actions on the banking and financial system that could stop global commerce. CDL would leverage the possible blockchain capability within the global banking system.

Office of Personnel Management Chief Defense Liaison (OPM CDL)– would be prepared to assess near peer adversary intentional actions on the personnel system for the U.S. government system that could possibly stop government from functioning. CDL would leverage the possible cyber security and cognitive computing capability within the human employment enterprise of the U.S. government structure.

In summary, the US Government must be prepared for a wide range of national security challenges. The more government can share expertise, experience, and technology, the less threatened we will be with near-peer competitors aggressively seeking to close the capability gap.