The Role of Curiosity in Innovation 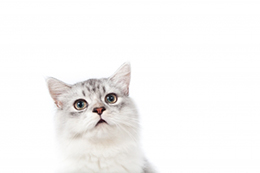 Tuesday, September 25, 2018
John Kamensky
Agency leaders often promote the importance of innovation. But where does innovation come from?

We are told that innovation is the process of improving or adapting a service, product, or system in order to deliver better results and create value.  It turns out that most innovations are the result of the curiosity of employees, not the creation of an innovation office staffed by specialized “innovators.”

An article by Harvard’s Francesca Gino in the current issue of the Harvard Business Review explores the business case for encouraging curiosity among employees. She says that “curiosity is much more important to an enterprise’s performance than was previously thought.”

As a result, she advocates cultivating curiosity “at all levels helps leaders and their employees adapt to uncertain market conditions and external pressures: When our curiosity is triggered, we think more deeply and rationally about decisions and come up with more creative solutions.”

She says that leaders can encourage curiosity in their organizations, but “most stifle curiosity, fearing it will increase risk and inefficiency.” In a survey of 3,000 employees in a wide range of companies, the Gino found “only about 24 % reported feeling curious in their jobs on a regular basis, and about 70% said they face barriers to asking more questions at work.”

Benefits of Curiosity.  A key benefit to encouraging curiosity among employees is that it leads to better decisionmaking. Managers are less likely to only focus on information that supports their pre-existing beliefs because curiosity encourages looking for new options. Interestingly, a field study by the French business school INSEAD concludes that “A one-unit increase in curiosity [on a 7-point scale] was associated with 34% greater creativity.”

Barriers to Curiosity. Gino says that leaders tend to value efficiency over exploration. In a survey, she found that leaders’ mindsets “often shy away from encouraging curiosity because they believe the company would be harder to manage if people were allowed to explore their own interests.”

Five Ways to Bolster Curiosity.  Fortunately, Gino’s research identifies five ways to encourage curiosity in an organization.  Some are applicable to government; others are not:

1.  Hire for curiosity.  This advice may not work in a government context, but Gino says it is not uncommon in private sector firms.  She says that to assess curiosity, ask job candidates about their interests outside of work.  Do people explore things they don’t know, read widely beyond their field , and are excited by learning opportunities?  What questions do the candidates ask? She says that Google’s mantra is: “We run this company on questions, not answers.”

2.  Model inquisitiveness. Organization leaders need to model curiosity by . . . asking questions!  Gino says: “When we demonstrate curiosity about others by asking questions, people like us more and view us as more competent, and the heightened trust makes our relationships more interesting and intimate.” I’ve seen this approach in the federal government. For example, when Steve Kelman was awaiting Senate confirmation to a political position in the Office of Management and Budget (OMB) back in the 1990s, he spent time visiting agency procurement offices around the government to learn firsthand what they do and created an informal council of frontline procurement officers to ask questions and listen to them.

3.  Emphasize learning goals. Gino says that research demonstrates that “framing work around leaning goals (developing competence, acquiring skills, mastering new situations, and so on) rather than performance goals (hitting targets, proving our competence, impressing others) boosts motivation.” I saw this in the federal government in the 2010s when OMB’s Shelley Metzenbaum encouraged learning and asking questions as part of her drive to improve agency performance.  Gino observed, however, that “Unfortunately, organizations often prioritize performance goals” over learning goals.

4.  Let employees explore and broaden their interests. Some private sector companies, like 3M and Google, give employees time and resources to explore their interests. Gino says “Curious people often end up being star performers thanks to their diverse networks . . . “  This has been encouraged in the federal government in some instances in the past.  For example, the Office of Personnel Management back in 2015 piloted a GovConnect initiative and several agencies offered employees opportunities to explore their curiosity by temporarily working in other units.

5.  Hold “What if . . .?” and “How might we . . . ?” days.  Just asking employees to ask “what if?” and “How might we?” questions about their organization’s goals and plans can have a big impact – and any manager could do this!  Several years ago, the Department of Education’s Andy Feldman ran cross-agency innovation sessions to ask these kinds of questions.  More recently, there’s been an effort to use “design thinking” to achieve the same goal.

But in the end, the bottom line may be that it is more productive to give your team the space to ask questions -- to be curious – and to explore potential answers, than to exhort them to “be innovative.”

Image courtesy of artemisphoto at FreeDigitalPhotos.net