Rip Van Winkel Awakens: Does He Look Like Nicholas Cage? 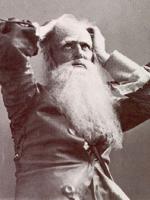 Thursday, December 16, 2010
After a 15-year slumber, the Administrative Conference of the U.S. has returned. It held its first meeting last week since it was reconstituted earlier this year. Supreme Court Justice Anthony Scalia swore in the 100 new members of the Conference, noting

We were here for the reawakening of the Administrative Conference of the U.S. and it felt like a scene out of “National Treasure.”  In fact, I keep looking around for Nicholas Cage.  Here I was, at a reception in the Great Hall of the National Archives, able to look at the originals of the Declaration of Independence, the Constitution, and the Bill of Rights without standing in a line and having to continually shuffle forward under the mutterings of “please keep moving” by impatient guards.

So why is the reawakening important?  Philip K. Howard noted in a recent op-ed in the Washington Post  that “America is choking on laws of its own making,” and that effectively addressing the federal deficit may mean clearing the slate and making fresh choices.  Well, the Administrative Conference, headed by Paul Verkuil, has the rare opportunity to start up an agency from a clean sheet and to look at the causes of the choking.  And after a 15-year congressionally-imposed pause, it is looking at its mission through the lens of what new technologies can accomplish in running a small agency (15-person staff) with a large mission.

The Conference conducts research on administrative challenges and then makes recommendations to the government on improvements.  This is done via a research agenda and committees comprised of Conference members.  It also serves as a neutral convener on various administrative topics.  For example, it recently helped bring agencies together to share best practices on the use of technology to handle large volume case loads.

According to Kathy Kyle, the Conference’s communications director, the website will become a focal point for engaging, informing, and sharing information.  For example, it will be creating an Ideation Station and a Collaboration Station, along with a collaborative workspace for its members and committees.  They are also on a series of social media platforms, include Twitter (ACUSgov), Facebook (Administrative Conference of the United States), and RSS feeds.

The Conference often deals with administrative issues that few seem to want to address, but are vital to the administrative operations of government.  For example, during its first meeting, the Conference approved a recommendation to improve agency compliance with directives to minimize federal regulatory preemption of state law.  Staff director Michael McCarthy outlined the Conference’s mission and goals, offering six possible priority areas:

The Conference has several research efforts already underway, according to its research director Jonathan Siegel.  These include the possible expansion of ethics requirements for government contractors, the future of e-rulemaking initiatives across government agencies.  The Conference members discussed a series of potential future projects, including: updating the Federal Advisory Committee Act to reflect the prevalence of social media, better integrating technology into the rulemaking process, updating the Privacy Act for an electronic world, improving citizen engagement using technology, and rethinking the 1946 Administrative Procedures Act.

The Conference will next meet in mid-June 2011 to consider recommendations from several ongoing research efforts.