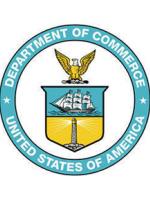 Tuesday, June 7, 2011
I’ve long admired Gary Locke for his commitment to results-oriented government. He pioneered new approaches in Washington State both as the chief executive of King County and as governor. But I’d never met him until last week at a Partnership for Public S

Secretary Locke spoke to a packed audience at the offices of the Partnership for Public Service, where he was introduced by Jeff Zients, the government’s chief performance officer, who said Locke was a good partner in focusing on program execution and strong management, which has borne fruit at the Department of Commerce.

Locke said his basic leadership philosophy is to set “super-high stretch goals” to force people to re-imagine their approach to getting something done.  He calls this “creative destruction.”  As governor of Washington State, for example, he faced a major budget deficit but focused the debate not on what needed to be cut, but rather he defined a set of ambitious goals and focused the debate on what needed to be funded first, and then focused his cuts on the rest.

According to Jason Miller’s account on Federal News Radio: “This management philosophy starts with developing three broad management improvement priorities -- customer service, organization excellence and workforce excellence. . . ”  This has to be coupled with a clear sense of mission, which for the Commerce Department, he summed as “help American companies be more innovative at home and more competitive abroad.”

As secretary of the Department of Commerce, he said he focused on those outcomes that he thought were most critical, and what actions were needed to be successful in meeting those outcomes.  He re-framed the department’s strategic goals around three themes (economic growth, science and information, and environmental stewardship) and used a Balanced Scorecard approach to monitor progress and drive data-based decision-making.

Highlights of Accomplishments at Commerce

In his introductory remarks, OMB’s Zients decried the lack of attention to success in government and praised Locke for his focus on results.  Locke said “this is one of the best jobs I’ve ever had,” and highlighted a handful of recent successes by the Commerce Department, including:

He said the approach he used in managing these kinds of projects was to start by answering the question: “how do we define success, and how do we measure it?”  He says that once this is done, then the remaining focus is on strategy and priority-setting.

The Importance of Focusing on Employees

According to Charles Clark of Government Executive’s account of the forum, Locke said employees “can’t be afraid to take risks . . They must know they will never be hung out to dry if they fall short of their goal as long as they’ve acted in good faith and ethically.” Locke said that if people are afraid of failure, they won’t strive to meet high goals.  He also observed that it is essential to involve line-employees in any major initiative.  He says they need to have ownership, pride, and feel accountable for results.

The sustainability of management reform has always been a challenge. . . . As Locke leaves, what will become of his priorities and management improvement efforts at Commerce?  John Bryson, a utility executive, has been nominated to replace him but 44 Republican senators say they will oppose him, pending votes on unrelated matters.  Becky Blank, who has been the acting deputy secretary of the department since her predecessor resigned last summer, will likely be the acting secretary in the interim.  The president has nominated Terry Garcia as deputy secretary (and as the department’s chief operating officer), but his nomination is also pending.

Gaps in leadership can be dangerous for the survival of management reforms. . . . Will the impending reorganization of trade and export functions derail them?  Will the incoming new secretary create a different set of priorities and start over?  Will a prolonged interim without top leadership cause them to die of neglect?