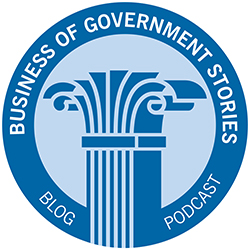 Wednesday, March 25, 2020
John Koskinen
The year 2000 challenge, fondly known as Y2K, was easy to describe but not as simple to solve.

The year 2000 challenge, fondly known as Y2K, was easy to describe but not as simple to solve.  To save space, which was very valuable in the early days of computer programming in the 50's and 60's, programmers adopted the strategy of using two digits to identify the year.  For example, "1966" became "66".

Little did these early programmers know that financial companies, industrial firms, governmental agencies like Social Security and the FAA would simply use the old systems as the base for the structures that they would build over the years.

So, this "legacy code," in old programming languages, was everywhere.   By the early 1990s computer experts began to worry and predict that major failures, or even catastrophes, were going to occur if attention was not paid to fixing the problem.  As the years passed with little organized response, the likelihood of success diminished significantly.  Social Security, for example, had over 50 million lines of computer code that needed to be checked and, in many areas, fixed.

Ultimately, President Bill Clinton decided it was important to find someone to coordinate the government's work in this area. As the Deputy Director for Management at the Office of Management and Budget from 1994 -1997, I helped change the way the government acquired and managed information technology. I also ran the government shutdowns in 1995, working with every agency to develop a coordinated response to the budget crisis. So, I seemed to be a logical choice.  It's possible that I was also the only one willing to take the job.

Tell us about the command center during the last week of 1999 during Y2K? - John Koskinen, former Commissioner of the Internal Revenue Service, explains!

Following are five lessons learned from my experience in running the Y2K effort that leaders today and in the future may find useful, if faced with a similar cross-agency, cross-societal challenge with an immutable deadline.

I visited each cabinet secretary and agency head and said they could appoint anyone they would like to the Council as long as their representative had a broad knowledge of the agency's activities and the authority to make decisions on the spot, since we didn't have time for people to check back with headquarters as we moved along.

At an early meeting, we spent a full afternoon in a retreat-like setting to discuss the areas outside the Federal government where serious problems would be created for the country if their IT systems didn't work.  We quickly moved through the obvious candidates such as electricity, telecommunications, finance and transportation to discover that we had 25 areas of concern, including state and local government, pharmaceutical firms, chemical companies, water treatment facilities etc.

The first challenge was to convince the national trade organizations and groups to take on the responsibility (many said "we do policy papers and lobby, but never organize operations"), and then to assure them that we were from the Federal government and really were there to help them, not tell them what to do.

Almost as soon as I started, representatives of the finance and telecommunications industries came to see me to say that their biggest challenge was that lawyers were telling their companies they could not exchange Y2K information with any of their competitors since they risked being charged with violating the anti-trust laws or, if any information they provided proved to be incorrect, they could be sued.

So, I agreed we would work with the Congress to get liability limiting legislation passed.  But it would have to be by unanimous consent in both houses of Congress, since we didn't have time for the usual process of hearings and floor debate. Needless to say, it was a bit of a high wire act since there are a lot of people and organizations, like the trial lawyers, opposed to any legislation limiting any liability.  My pitch to the Congress, and those usually concerned about liability limiting legislation, was that, if we could only do one thing to deal with the problem, it would be to pass this legislation.  The Senate quickly passed the bill and, late one afternoon in the summer of 1998, when the clerk of the House of Representatives read the title and asked if there were any objections, no one said a word.

This freed up the flow of information and allowed companies to share with each other where they were finding problems and how they were dealing with them.

A corollary strategy I discussed with governors, mayors and company presidents was that they didn't have to know anything about the problem, all they needed to do at every meeting of their senior leadership group was ask "how are we doing on Y2K?"  That would send a strong signal that they cared about the problem and those dealing with the issue would want to show progress at each meeting.

The problem in some cases was that I got asked to join the leader at their monthly meetings.  Thus, I ended up each month at a meeting with the Secretary of Defense, the Secretary of Transportation and the head of the FAA, and the Mayor of Washington and their leadership teams.

I said that the contrary was true.  The public would appreciate their candor and believe their report since, if they were going to lie, they would simply say they were done.  Then, when they completed their work later in the year, the public would have confidence in that report and respond accordingly.

It was also clear that, while the public were interested in reports nationally, they really wanted to know what was going to happen in their immediate areas.  So we developed materials to allow local leaders to organize, with our help, "Community Conversations" which would be  public gatherings where local representatives of utilities, banks, the telephone company, emergency managers and government leaders could have an open discussion about how there were approaching the problem and the status of their work.

To encourage these gatherings, I told those on our monthly conference call with city representatives that, if they could set up a gathering in the next couple of weeks, I would show up.  My thought was that four or five would meet the immediate challenge.  I ended up going to 23 community conversations across the country.

I thought that, if we could get 30 countries or so, representing the developed countries of the world, we could make real progress.  We ended up with 100 countries. We had put together a committee of 12 Y2K leaders from around the world so that this would not appear to be only a US initiative. We divided the countries up by continent with a committee member taking the lead in pulling together continental meetings with presentations on whatever subjects the local countries requested.

The countries not only enjoyed the presentations we provided over the two-day meeting, they insisted we gather again the following June to compare notes and discuss contingency planning.  And so, in June of 1999, we had 170 countries join us in New York, for what was the largest non-General Assembly meeting in the history of the UN.

Was There Really Ever a Problem?

I had said at my initial press interview that being the Y2K Czar was the greatest bag holder job in the world. If things went well, everyone would ask "what was that all about?".  And, if there were major failings, they would want to know "What was the name of that guy who was supposed to be in charge?"

And, sure enough, while a number of significant failures occurred on New Year's Eve -- the Defense intelligence satellite system went down, the low-level wind shear detectors at major US airports failed, and the Japanese lost the ability to monitor the safety systems for their nuclear power plants -- the theme immediately emerged on New Year's Day of 2000 that this had all been an overreaction to a problem that didn't really exist.  But that view does not reflect the reality of the danger to the world.   I don't know anyone who worked on the Y2K problem in a financial institution, a power plant or a telecommunications company who thought they wasted their time or money to make sure the transition went as well as it did.

These lessons offer important insights for government leaders, businesses, and societal partners facing the crisis response today, and those that will inevitably arise in the future. Specifically:

John Koskinen, in addition to having led the President’s Council on Year 2000, is also the former Commissioner of the Internal Revenue Service, former Chair of the Board for Freddie Mac, former City Administrator for the District of Columbia, and former Deputy Director of Management at the Office of Management and Budget. This blog post is part of a series developed by the IBM Center for The Business of Government that reflects on lessons from past government reform efforts.