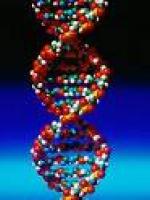 Tuesday, November 3, 2009
John Kamensky
David Osborne, of Reinventing Government fame, keynoted today's session at the Saudi conference on public administration. He said there are two sets of reforms running in parallel across the globe today. The first focuses on getting the basics right:...

David Osborne, of Reinventing Government fame, keynoted today's session at the Saudi conference on public administration. He said there are two sets of reforms running in parallel across the globe today. The first focuses on getting the basics right: a professional public service, rule of law, prosecuting corruption, a transparent budget and contracting system, etc. A key to this approach is creating a hierarchical bureaucracy with standardized processes. The bureaucratic model is premised on the metaphor of a machine. In this model, activities are planned, organized, predictable, and rational.

He said these reforms are prevalent in the developing world today, but were key agenda items in the U.S. in the early 20th century.

The second focuses on transforming public service into being flexible, responsive, innovative, and leverage the use of technology. . . and largely attempts to address the problems created by the bureaucratic and hierarchical reforms of the past. This “information age” model is characterized as being complex and adaptive and is premised on the metaphor of a living, biological system.

He said these reform trends are more prevalent in the developed world today. However, he focused largely on this second set of reforms, noting that it may serves as an inspiration to a wider audience than just developed countries.

The Core Strategy: Creating Clarity of Purpose. An organization has to create clarity of direction, purpose and role, and shed those things that do not contribute to the organization’s core goals.

The Consequences Strategy: Introducing Consequences for Performance . Performance has to be defined in relation to an organization’s goals and each person in the organization has to understand his or her contributions to those goals. There needs to be written performance agreements, regularly personal feedback, and meaningful consequences.

The Culture Strategy: Developing and Entrepreneurial Culture. Leaders need to change the habits, hearts, and minds of their employees to be more entrepreneurial and innovative in delivering on their agency’s mission. Examples of tools to do this include having employees meet with their customers, encourage job rotations, internships, and contests.

Osborne told his audience that they could not skip the first phase of putting the basics in place, but one audience member asked if that meant that they would have to wait 100 years to be able to take on the second phase. He said “no,” that there were lessons learned by countries that have already completed first phase reforms and that with technology today, the second phase could likely start sooner.

However, based on the Reinventing Government experience in the U.S., it sure seems like a lot longer!