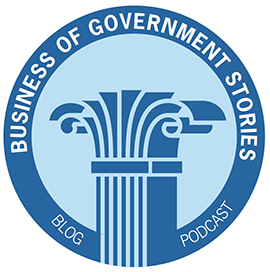 Wednesday, February 5, 2020
John Kamensky
Saturday, March 13, 1993: The snow was starting to come down faster, but Bob Stone, Bob Knisely and myself were completely absorbed in excited chatter about what we should say when we were to meet with Vice President Al Gore the next day.

Background.  Several days earlier, the three of us had been invited to share our ideas on how the vice president might proceed with his new mandate from the president to “reinvent the government,” where the vice president had to deliver a plan of action to the president in six months.  Gore’s newly-appointed advisor, Elaine Kamarck, received the task of getting this off the ground and she had invited the three of us to talk with her, based on the advice of David Osborne, a co-author of the best-selling book Reinventing Government.

We shared our ideas of what the Vice President should focus on and how he might organize the reform effort, which was to be led by civil servants and not the traditional reform approach of turning to distinguished outside business leaders. We were surprised when Kamarck asked us to share ideas with the vice president on the upcoming Sunday, when he had a break in his calendar.

So, Bob Stone invited Knisely and I over to his house on Saturday to sketch out what we would advise the Vice President to do.  Our visit with Kamarck was the first time I’d been in the Old Executive Office Building, nor had I ever been in the White House and or met a president or vice president before.  When invited by Kamarck to meet with the vice president, I immediately informed my boss at the General Accounting Office (now the Government Accountability Office) and was told that it was more appropriate for the Comptroller General to meet with the Vice President.  I was okay with that, but Kamarck insisted that I be in the meeting, not my boss’s boss’s boss!

We covered different elements of what could make for a successful reform program.  My advice was largely organizational and process-driven, based on lessons from prior federal reform efforts and visits to see reform initiatives in other countries, Bob Stone’s insights were based on his experience in helping run the Defense Department’s military installations (Stone was the career deputy assistant secretary in charge of all military bases). Bob Knisely’s discussed how to engage the federal workforce, drawing from his experience working as a career senior executive in a range of civilian agencies across the government.

Stone advocated grounding the effort in a set of principles that would inspire civil servants to want to lead the reforms.  He had led a similar strategy to inspire successful change in the operations of military bases and thought this would work on a governmentwide reform initiative.

We developed what we called the “Gold Card” with a vision statement: “Create a Government That Works Better and Costs Less.” This was supported by four principles and a set of strategies for acting on those principles.  These were based partly on what Stone had developed for his Model Installations military reform initiative, partly on Osborne’s reinventing government principles, and partly on the then-popular Total Quality Management principles.

Vision:  Create a government that works better and costs less

Principles: We will invent a government that puts people first, by-

Gore bought into the use of a principles-driven reform initiative, intuitively understanding that large scale change would need to be driven by a compelling vision and principles – not by proposals to reorganize the government. In fact, he told us “don’t move boxes, fix what’s inside the boxes.”

Gore recruited us on the spot to help run the Review. These principles and strategies guided the work of nearly 300 people working on the NPR team to produce a set of action-oriented recommendations by September 1993 for the President to announce publicly.  But more importantly, the principles became the driving force for the subsequent implementation of the reinventing government effort over the following eight years.

What Does This Teach Leaders Today About Reform Initiatives? In any large-scale transformation effort, leaders can’t be everywhere and explain their ideas to each employee. Developing a compelling vision, with guiding principles and strategies that are meaningful to individuals, allows them to translate and adapt them to their own workplaces.

Prior reform efforts, such as the Hoover Commission’s emphasis on economy, efficiency, and effectiveness, centered on priorities important to the President, the Congress, and the public.  But they didn’t necessarily engage Federal employees.  Creating a reform agenda that allows civil servants to see themselves as part of the reform can be a huge force-multiplier in getting action from all corners of the government, in which officials at all levels carry out their missions to serve the Nation quietly and effectively.

Want to Know More? To help government employees understand how they could act on the principles developed by NPR in their own workplace, a video was subsequently developed to explain them – and the Vice President narrated the video.  Here are links to the video (now on YouTube):

By the way, if even further interested in the organization and evolution of the National Performance Review, its website was preserved by the National Archives in its “cyber cemetery”. The website is a bit quaint; it was one of the first 100 websites in the world when first created, and the final report to the President in 1993 was the first government document posted on the web.

And for a more personal twist, listen to our short Podcast interview: