Recovering from the Recovery Act - Part 3 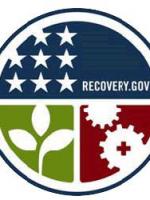 The GAT Board report outlined several significant lessons from the experience of the Recovery Board, such as its method for collecting recipient data on spending and posting it rapidly on a centralized website; and how the lack of common data standards overly-complicated the collection of that information.

The GAT Board observed that the Recovery Act demonstrated that a vision of comprehensive transparency and accountability in federal spending is possible: “We can make data more reliable and present it in real time.  We can connect the data more closely to the investment and its intended purpose.  We can provide better tools to analyze and scrutinize it.  Moreover, we can do all of this in a more cost-effective way,” states its final report to the President.

The GAT Board made three recommendations to President Obama:

The GAT Board concludes that “there will still be much more work to be done” including “taking steps to link its spending to performance outcomes.  Without the ability to link contract and grant expenditures to outcomes from programs, products, and services, Federal decision makers cannot ensure the public funds are being spent optimally.”  It also promised to provide another progress report to the President by June 1, 2012.

Congress has agreed to appropriate $28.350,000 to the Recovery Board for FY 2012 and beyond, and given it authority “to develop and test information technology resources and oversight mechanisms to enhance transparency of and detect and remediate waste, fraud, and abuse in Federal spending, . . . to remain available until September 30, 2013 (p. 86).

Proposed Data Accountability and Transparency Act.  Congressman Darrell Issa introduced legislation in June 2011 that would transform the role of the Accountability Board to cover the spending of the entire government, not just Recovery Act monies.  Here’s the full text of H.R. 2146, and here’s the section-by-section summary.  Senator Mark Warner has introduced companion legislation in the Senate.  Here's the full text of S. 1222.

Proposed Government Results Transparency Act.  According to Government Executive’s Charles Clark, in “Expanded Data Transparency Bill Passed House Panel,” The Government Results Transparency Act (H.R. 3262) "would build a bridge between performance data and spending data," said Rep. Frank Guinta, R-N.H., who introduced the bill this month. "Under GRTA, the government will finally be able to publish all of its performance data and spending data for each program on a public website in a format that makes it easy for anyone to search, download and analyze."

Related posts on Implementation of the Recovery Act:

Part 1: Recovering from the Recovery Act: The Story from the Bottom: Cities’ Experiences

Part 2: Recovering from the Recovery Act: The Story from the Top: The Recovery Implementation Office

Part 5: Recovering from the Recovery Act: How States Reported on Use of Funds