A Quick Take on the President’s Management Priorities 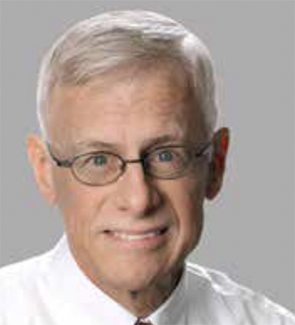 Thursday, May 26, 2022
John Kamensky
The president's vision has now been filled out in more detail. Here are some thoughts.

When President Biden’s fiscal 2023 budget request was released in late March, media headlines focused on agency spending levels and new initiatives proposed. But there is another set of stories surrounding the budget release that tends to get less attention.

The administration also released details on its management agenda–how it’s going to deliver on its budget promises. Back in November, it released its cross-agency “President’s Management Agenda Vision,” which is more formally called “Cross-Agency Priority Goals.” That vision has now been fleshed out in more detail in tandem with agencies having released their four-year strategic plans, their first-ever learning agendas and their “agency priority goals” for the next two years.

Cross-Agency Priority Goals Are Tightly Focused. The Office of Management and Budget is required to develop a set of cross-agency priority goals that would cover a four-year span, designate a goal leader, and report progress publicly on a quarterly basis. In recent years, these cross-agency goals have been dubbed the president’s management agenda.

In past years, the agenda would be a set of more than a dozen different initiatives with leaders across the government for each. But the Biden management agenda is different. It focuses on three key priorities: strengthening and empowering the federal workforce, delivering excellent services and customer experience, and improving the federal management processes for grants and contracts. In releasing it, President Biden called it a multi-year, whole of government effort.

A leader for organizing this effort in the Office of Management and Budget, Pamela Coleman, says the goal was to “keep it simple” and connect the management initiatives with broader administration priorities by leading with values and a vision.

Government management guru, University of Texas professor Donald Kettl, declared the new agenda “a big deal” in the context of the 20-year history of presidential management agendas, noting that the Biden agenda limits itself to three cross-cutting areas instead of embracing a wide array of different commitments. He also noted that the agenda highlights the importance of engaging and empowering the federal workforce to deliver results.

The agenda was developed with lessons from the past in mind. For example, one lesson is to enlist top-level commitment. The formal document is co-signed by all of the members of the President’s Management Council, which is composed of the deputies in each department and major agency. Individual members of the council have agreed to co-lead each of the three priorities. The General Services Administration has a small implementation team to back them up, and to convene cross-agency communities of practice composed of line employees involved in these initiatives.

One of the three goals is to improve customer experience–which was bolstered in December by a presidential executive order with specific agency commitments and action steps. This could be the hallmark management initiative of this administration, much like “open government” was under President Obama. For example, OMB noted: “the executive order includes 36 customer experience improvement commitments across 17 federal agencies, all of which aim to improve people’s lives and the delivery of government services.” And in late April, OMB announced five cross-agency projects to bring together services and programs related to “life events” that cross agency boundaries, such as help recovering from a disaster (nine agencies), or preparing for retirement (seven agencies).

In early April, OMB released an update to the president’s management agenda that translated the visionary language posted in November to making it an action plan. For the first two of the three priorities, OMB detailed key strategies, the goals for each of these strategies, success metrics, and named individuals (both political and career executives) from across the government who will be leading the individual goals. OMB also committed to publicly reporting quarterly the progress of each of these goal teams.

For example, for the priority related to strengthening the federal workforce, it details four priority strategies led by about a dozen senior executives, along with 30 “success metrics” that will be overseen jointly by Office of Personnel Management Director Kiran Ahuja, Defense Department Deputy Secretary Kathleen Hicks, and Labor Department Deputy Secretary Julie Su.

One of their key success metrics is to work with agencies to increase employees’ sense of engagement with their jobs. In the private sector, employee engagement is a key metric for productivity, retention and satisfaction. Annual surveys of federal employees have shown improvement in recent years but OMB noted that “engagement varies significantly by agency and agency size.” The four-year goal is to “narrow agency-identified gaps [in engagement] by employee group or organizational unit by 20%.” OMB has previously reported that there are more than 28,000 work units across the government that have been surveyed, so crafting improvement strategies to address the needs of widely different circumstances across the government will be a significant challenge.

Agency Priority Goals Are More Mission-Oriented. That same law requiring cross-agency goals also requires major agencies to develop their own priority goals that cover a two-year span, designate a goal leader, and report progress publicly on a quarterly basis. These are to be near-term, implementation-focused priorities, not new policy initiatives. OMB reports that this is the eighth cohort of agency priority goals. In past years, they totaled between 80 and 100 priority goals across all agencies, oftentimes with carryovers from previous cohorts.

So far, 20 agencies report a total of 72 priority goals. Five are joint goals between two agencies, and three agencies have not yet publicly released their priority goals (Defense, Education and Justice). Joint goals include, for example, Agriculture and Commerce committing to provide “at least 550,000 households with access to high quality and affordable internet service.”

Interestingly, there is continuity, even across presidential administrations. About one-third of agency priority goals have been carried forward from the prior cohort but sometimes with new, improved titles.  For example, here’s one re-labeled priority goal for the Department of Housing and Urban Development:

Several other observations about the new goals:

One agency priority goal that caught my attention as potentially being a big deal Americans might notice is a commitment by the General Services Administration to expand citizens’ use of one-stop sign-in to access government services across different agencies (Login.gov) from 16 million to 41 million Americans over the next 18 months.

Next Step: Getting the Word Out. A big challenge when dealing with the nitty gritty of governing and getting things done is communicating what’s happening to the public and stakeholders. OMB undertook efforts to engage stakeholders in the good government community while developing the cross-agency priority goals. Several agencies noted that they reached out to their respective communities, as well.

But now OMB may have some competition! The nonprofit Partnership for Public Service has created a federal Agency Performance Dashboard that provides additional information on personnel-related issues and management challenges each agency faces.  It promises to update progress and performance via the use of automated API data feeds from different federal data bases. If it works, it will be more interactive and more real time than the more carefully curated OMB website. We’ll see in coming months how this works.