Is Performance Budgeting an Unnatural Act? 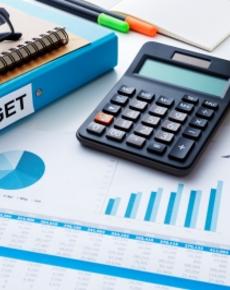 Monday, August 15, 2016
John Kamensky
Performance budgeting has been a mantra of government reformers at least since the 1949 Hoover Commission. But its actual implementation has been sporadic. Why is something that seems sensible so hard to do?

A couple of recent pieces of research may provide some insight-- and caution -- in attempts to implement performance budgeting.  The first piece looks at challenges raised internally within agencies by professional tensions between finance, performance, and budget personnel in cities in North Carolina, and the second piece looks at the perspectives of local elected officials in Denmark.

Background.  Informing future budget decisions with past performance of agencies and programs, according to University of Maryland professor Phil Joyce, is an “attempt to more explicitly bring together performance information, on the one hand, and the budget process, on the other.”  This can be done at various stages in the federal budget process -- formulation, approval, execution, and audit/evaluation.

Former Comptroller General David Walker testified in 2003 that: “Linking planned performance with budget requests and financial reports is an essential step in building a culture of performance management. Such an alignment infuses performance concerns into budgetary deliberations, prompting agencies to reassess their performance goals and strategies and to more clearly understand the cost of performance.”

More recently, a 2015 House Appropriations committee report notes, approvingly: “Performance measures . . . should clearly demonstrate the extent to which performance reporting . . . demonstrates that prior year investments in programs, projects, and activities are tied to progress toward achieving performance and priority goals and include estimates for how proposed investments will contribute to additional progress.”  It also urges the Office of Management and Budget to work with agencies to ensure their 2016 spending is linked to their performance plans.  So, there is congressional interest!

Can Cost Accountants and Performance Measurement Officers Get Along? Zachary Mohr, a professor at the University of N. Carolina at Charlotte, examines the tensions between cost accountants and performance measurement officers in North Carolina cities, in a recent Public Administration Review article.  He concludes: “While cost accounting and performance can be used together in public organizations, this analysis shows that these systems have competing relationships that do not often allow them to work together, as benchmarking and performance budgeting theories suggest.”

Mohr surveyed local government in North Carolina regarding their use of cost accounting and performance measures and found that integrating the two to support performance budgeting was not a good assumption.  He found that “cost accounting corresponds with inputs and processes, and the outputs and outcomes are generally measured by the performance measurement system.”  He hypothesized that, as a result, ‘they do not complement one another but instead compete as control systems.”

This competition is rooted in who uses the information, and for what purpose.  He observed that “the preferences of organizational leaders may be different from the preferences of managers of individual programs or services. . . Generally, organizational leaders benefit the most from more cost information. . . . In contrast, program and service managers face greater resource uncertainty and reduced autonomy that may lead to resistance to cost accounting.”

He also observed that “program and service managers are likely to prefer performance measurement to cost accounting” because “Cost accounting incorporates cost information that may be out of the control of managers because the costs can be incurred by different departments.”

He found that communities in North Carolina were able to bridge these tensions by developing the two systems side-by-side, and that this helped pave the path to using both for performance budgeting.  But if one system is already in place and relatively robust, developing the other system will likely be more difficult – and be a potential barrier to the longer-term objective of creating performance-informed budget systems.

Do Politicians Only Use Favorable Performance Measures?   In a second article in Public Performance and Management Review, is by a team of Danish researchers:  Bente Bjornholt, Martin Baekgaard, and Kurt Houlberg.  They examined whether local politicians facing budget cuts are more – or less – likely to use performance information to guide their budget decisions.

They conducted several surveys of all 2,467 Danish municipal political leaders between 2009 and 2013 (a period when budgets were cut 5 percent).  The prevailing notion is that performance information would be useful in identifying areas where services can be cut back. It has long been thought that “fiscal austerity and how politicians perceive fiscal austerity might lead to an increased emphasis on management instruments such as performance measurement in order to optimize efficiency and effectiveness.”

But it turns out the answer is “no.”  The research team observes that ‘performance systems are based on a logic of management, politics represents a logic of interest.”

Conclusion. While the conclusions drawn by the authors of these two reports is a bit distressing to performance advocates, they do leave a door open.  They note that it’s not impossible to move to performance budgeting, but that it takes political leadership committed to the use of evidence in making decisions.  That tends to not be something that will happen naturally in a political context, especially when making tradeoffs, but it is more likely when undertaken by career managers in the other phases of the budget process, such as budget formulation and execution.