Part 1: The Future of Work Is Suddenly Here: “Distance Work” Is Transforming the Workplace 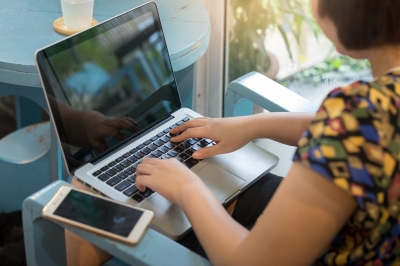 Friday, April 24, 2020
John Kamensky
The response across the economy and in government to COVID-19 has massively accelerated the future of work.

[Note: This column also appears in Washington Technology. It is the first in a series on how the COVID-19 crisis has changed how government works.]

The lofty talk about the future of work – digital transformation, a remote workforce, distributed teams, telework – is suddenly a reality in both the public and private sectors. Long-standing resistance and silos have been knocked down by a crisis that threatens the very continuity of organizations.

And what does real distance work look like? At NASA, a team of engineers is orchestrating maneuvers of the Curiosity rover on Mars from their computers in their living rooms and bedrooms.

Not long ago, futurists were predicting that changing employee expectations, shifting labor dynamics, and new technology would reshape work and the workplace.  But the reshaping was driven instead by the coronavirus. Still, the insights of futurists, such as Josh Bersin, are relevant to understand what organizational leaders will face in the weeks and months ahead. In a 2016 Forbes article, he identifies three transformational changes that we face:

These changes already happened years ago in some pockets of the government. For example, in a recent op-ed for the New York Times, former general Stanley McChrystal and Chris Fussell wrote: “Fifteen years ago, in the throes of our fight against Al Qaeda, the Joint Special Operations Command, where both of us served, needed to do this exact thing. We pivoted from being a centrally located, thousands-strong enterprise to a network of small teams spread around the world. . . . “Digital leadership” was not in the job description for our generation, but it became a critical skill for all of us to learn in the fast-moving and constantly changing fight.”

Similarly, the Patent and Trademark Office began its transition to telework more than two decades ago, as one of the pioneers in the intensive use of telework in the government. Subsequently, it has touted the benefits of this approach as: increased employee satisfaction, work-life balance, and cost savings from reduced needs for office space. However, more importantly during the current pandemic, its webpage says that operations are expected to "continue as normal." In fact, they are helping their clients – patent attorneys and inventors – by easing some of the requirements they face in teleworking, as well.

A New Era of “Distance Work?” Not long ago, the trends were towards open office, gig workers, and the increased use of automation in the workplace.  In fact, telework was declining in many public and private organizations, especially in the federal government.  But the response to the COVID pandemic is ripping up the playbook on how work gets done. Every organization faces new ways of working, and even though there are plans to return to office-based work, the new approaches involve distributed locations and collaboration that likely won’t be temporary.

A decade-old law requires federal agencies to incorporate telework into their continuity of operations plans. However, less than half of federal employees are authorized to work remotely. Shawn Skelly, a commissioner on the National Commission on Military, National, and Public Service, recently wrote: “The challenges the nation is [sic] experiencing now should be a wake-up call for policymakers and federal agency executives alike.”

Separately, a telework advocate, Kate Lister, writes that expanding federal telework would save taxpayers an estimated $14 billion a year as a result of reduced real estate, absenteeism, and turnover, and increase productivity and continuity of operations.

Many private sector companies have moved to almost all online operations.  This includes Automattic (the company behind WordPress, which powers 35 percent of all websites on the internet and has no offices) and IBM, which has moved virtually all of its global operations to a digital presence. It shifted from about 30 percent of its 350,000-person workforce being distance workers earlier this year to well over 90 percent in a three-week period.

What Is Reality on the Ground Today? As federal agencies started shutting their doors and directing employees to work from home, they began grappling with concrete issues such as the resiliency and security of their IT systems, the availability of laptops, and connectivity.

Many were concerned short-term about their continuity of business operations, and in the longer term, the culture shifts required to motivate and manage a distributed workforce. These issues, much like those workplace futurist Bersin raised, include:

The approach the IRS has taken in addressing these issues probably is not atypical. Federal News Network chronicled its expanded use of telework during the COVID-19 crisis response effort.  Commissioner Chuck Rettig told employees that they had the option of avoiding face-to-face contact with taxpayers. Empowering employees to choose gave them an unaccustomed freedom, and that freedom unnerved front-line supervisors.

According to Federal News Network: “Chad Hooper, president of the Professional Managers Association, which represents supervisors at the agency. “[We’ve] never in our careers been in a situation where employees have been empowered to that extent,” he said in an interview.” In addition to this sudden culture shift in the middle of the 2020 tax filing season, employees found that working from home was sometime impossible because much of IRS’s work is run on Windows 7 desktop computers, which tie people to their desks.

The reality of working from home affects federal agencies differently. Law enforcement, regulatory, and national security agencies obviously are concerned about security and systems access issues.  Benefits, healthcare, and statistical agencies are concerned about privacy issues as processes to make decisions about benefits, services, and information move massively online as well. One model for addressing these challenges comes from the U.S. intelligence community, which has managed to create ways for some of its employees to work from unclassified facilities (e.g., from home) by addressing technical and policy options.

This Is All Part of a Longer-Term Shift. Corporate telework advocate Lister recently told CNBC News: ““The coronavirus is going to be a tipping point. We plodded along at about 10 percent growth a year for the last 10 years, but I foresee that this is going to really accelerate the trend.”

In a similar vein, transformation consultant Khyati Nayak writes in Federal Computer Week: “The forced social experiment brought on by the COVID-19 pandemic is compelling the federal government to adapt culturally and technologically at a rapid pace. Federal workers have turned to government-approved technology such as Skype, WebEx, and Slack to meet, collaborate, and in many cases, just to commiserate . . . ” and she concludes that this crisis creates an opportunity to transform the federal workforce.

What’s Next? Given this premise that distant work and distributed teams will be enduring– even with a “return to normal” strategy being discussed -- the response to this pandemic may spark a permanent change in how government will work from now on. This change likely will occur along a spectrum of possibilities, which I’ll explore in additional posts in coming weeks:

Note: This post is the first in a series on distance work arrangements. Here are links to the other posts: