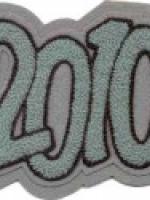 Friday, December 31, 2010
Here are the top ten most-read blog posts from the IBM Center for The Business of Government’s Blog this past year. The list starts with the most popular!

Senator Tom Carper (D-DE) summarized the need for a refresh when he introduced his bill with bipartisan support:  "Producing information does not by itself improve performance and experts from both sides of the aisle agree that the solutions developed in 1993 have not worked.”

The Department of Veterans Affairs, like HUD, is undertaking significant transformation efforts with congressional support.  Its initial “Transformation 21” plan was framed around its fiscal year 2010 budget.  Subsequently, more is on the way.

Most of the news media focused on the size of the budget and which agencies gained or lost.  However, the budget also included an overview of the Obama Administration’s management initiatives, as well.

How do you create a collaborative data collection and performance reporting system involving a range of stakeholders in communities, watersheds, or land restoration efforts?

The Obama management agenda finally has a name: the Accountable Government Initiative. In a memo from President Obama to the 7,000 members of the senior executive service, he highlights six initiatives and their progress to date. He also says: “I have tasked our Chief Performance Officer, Jeff Zients, with leading the Accountable Government Initiative,. . . “ and asks for regular updates.

Are there lessons from the use of Public Service Agreements over the past decade in the UK for the implementation of the Obama Administration’s High Priority Performance Goals?

What the various kinds of citizen 2.0 want, how government mangers can give it to them, and why they should bother making volunteering more inviting. (a 4-part series covering citizens as consumers, creators, co-deliverers, and coordinators of government services)

The September 2010 issue of Harvard Business Review has an insightful piece, “The Judgment Deficit,” by Amar Bhide. It explores the role of statistical models in the centralization of decision making and how this played a role in the recent downfall of the financial sector. But his article also has insights for the public sector as well.

The Obama Administration wants agencies to promote collaboration. Agencies have developed plans and initiatives. But how do you really do it? A new IBM Center report by Cassandra Moseley explores case studies of effective collaboration in natural resource agencies using stewardship contracting.