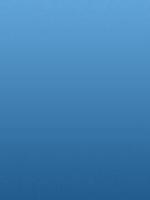 Tuesday, February 9, 2010
John Kamensky
With little fanfare, the While House announced that 29 agencies launched their Open Government weblinks on schedule (per an OMB directive), on Saturday, February 6th. Virtually all of them also invited citizens to participate in a dialogue on how they..

With little fanfare, the While House announced that 29 agencies launched their Open Government weblinks on schedule (per an OMB directive), on Saturday, February 6th. Virtually all of them also invited citizens to participate in a dialogue on how they could improve their approaches to transparency, participation, collaboration, and innovation. These dialogues will be open until March 19. Afterwards, the insights will be summarized and used by agencies to help craft their OMB-required Open Government Plans that are due on April 7th.

This simultaneous open dialogue by two dozen agencies is unheard of. According to GSA’s Dave McClure, agencies have more than 500 moderators participating in the event. There have been several bloggers commenting on the effort:

Being a former GAO auditor, I wanted to see for myself. So I visited each of the 29 weblinks today. What did I find?

The award for the most ironic Open Government link was the one for the Office of Personnel Management. Its site said, simply, the government s “Closed” in a big, red box. Okay, so government isn't so open after all . . . it is a Snow Day in Washington, DC!

Overall, there have been very few comments posted. The sites with the most postings -- such as Commerce and Defense – had prominently posted a banner or header inviting visitors to “share your ideas.” Those with few or no comments as of today – like Education and the US Agency for International Development -- had buried their invitation further down on their Open Government webpage.

The dialogue platform, IdeaScale, was made available to agencies for free by the General Services Administration. It was also “pre-certified” to be Section 508 compliant, and compliant with other federal requirements, so most agencies chose to use the platform. It allows visitors to agencies across the government to use a common platform and each agency offered largely the same comment topic categories (transparency, participation, etc.). However, you can’t register once. You have to re-register with each agency.

Some agencies have moderators with names (such as Commerce). Most agencies’ moderators are anonymous. But the visitors are largely not anonymous, since they have to register with a name.

The real challenge, though, will be getting participation. Who are agencies’ target audiences that they want to participate (constructively)? Will the teabaggers know that IRS is in Treasury? Will the “Obama Birthers” know that immigration is in Homeland Security? Will the marijuana legalizers know that the DEA and FBI are in Justice? Only the UFO believers will be sure to go to the right place – NASA!