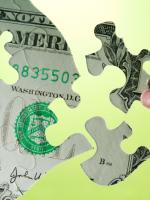 Wednesday, June 9, 2010
John Kamensky
OMB released specific guidance to agencies on how they should prepare their budget submissions to OMB, which are due September 13. Here are some details the main stream media didn't cover (and probably for good reason!)

OMB released specific guidance to agencies on how they should prepare their budget submissions to OMB, which are due September 13. The key element being that agencies should submit requests that would be 5 percent below what was estimated for FY 2012 when OMB submitted the president’s FY 2011 budget in February. There have been good stories on this in the Washington Post and Government Executive, and good coverage of OMB Director Peter Orzag’s speech on this yesterday.

What I’d like to do is dig down a bit into some details that I’ve not seen in the major media (and probably for good reason!!) but that might have some relevance to those interested in the implications for government reform.
What’s the baseline for cuts? Agencies still don’t know what their FY 2011 budgets will be, since Congress hasn’t acted and the “word on the street” is that agency budgets won’t be voted on until after the November election. So agencies will be working from a theoretical baseline – what they estimated their FY 2012 might be, when they were preparing their FY 2011 budgets last year . . . .
Be thoughtful, not mechanistic. Agencies were told to be thoughtful about offering cuts and “should not simply reduce spending across the board.” Orzag said they should strategically restructure their operations by:
Off limits for cuts. So, while agencies are to identify potential areas for cuts, there are areas that are off-limits. For example, agencies shouldn’t propose presidential priorities as areas to cut: “your request should fully funding any Presidential initiatives included in the FY 2012 Budget as well as Government-wide initiatives specified in this memorandum.” Agencies can’t propose cuts to mandatory spending, not reclassify existing spending into mandatory categories, or recommend new user fees to offset cuts.
Five must be offered for sacrifice.  The guidance says that aagencies “should include at least five significant terminations, reductions, and administrative savings initiatives. . . “ Also, agencies are encouraged to “. . .reconsider the basic design of their programs to institutionalize the use of evidence. . . “
Areas for collaboration. OMB also identified ten areas where agencies are encouraged to collaborate across agency boundaries to achieve presidential priorities. OMB will formalize working groups in these ten areas:
Governmentwide initiatives. The guidance also included a list of initiatives to be supported by all agencies in their budget submissions:
It’ll be interesting to see how serious agencies take the guidance and if there will be some innovative ideas of how to act on some of these initiatives!