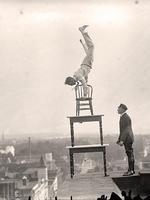 These various “chiefs” came from different professional disciplines which had their own pre-existing communities.  These different communities were reinforced by the creation of cross-agency “chief” councils, such as the Chief Financial Officers Council and the Chief Information Officers’ Council.   These councils often spearheaded governmentwide initiatives, such as the CIO Council’s development of an inventory of all data centers, and they shared best practices.

The chiefs generally report to the head of their agencies.  They also generally wear three hats:

While the roles of chiefs have become clearer, and they have become more organized across agencies, there are problems from the perspective of mission managers in agencies.  Mission managers deliver services external to government, such as air traffic control, environmental clean up, statistical surveys for Census, or immigration enforcement at the border.  These mission managers both rely on, and are could capitalize more on, mission support functions such as those provided by the chiefs.

For example, a 2009 study by the National Academy of Public Administration of the chiefs functions at the Department of Energy (DOE), Managing at the Speed of Light:  Improving Mission-Support Performance, found the mission support functions were seen as dysfunctional by line managers, largely because the various functions did not coordinate with each other.  The lack of leadership coordination resulted in “an inwardly focused, regulation-based, transactional organization.”

But the solution is not to devolve all authorities to mission managers.  After all, the study found: “The mission-support organizations provide the grease that makes the department run. Without mission support, work in the program offices will grind to a halt.”

How Can the Chiefs Integrate Their Services to Benefit Mission Leaders?

The NAPA study recommended the department focus on creating cross-bureau governance structures within each agency to coordinate mission-support activities, to include:

The designation of another chief – chief operating officer (or undersecretary for management) – is a solution favored by the Government Accountability Office.  This role has now been enshrined in the new GPRA Modernization Act, so it now has statutory stature, along with the other chiefs.

But new structures and roles alone don’t change tendencies to act independently.  Chiefs have to connect with one another through formal and informal means, and balance their “three hat” roles.  A November 2011 NAPA forum concluded that this should include efforts to:

Ensure transparency to the chiefs’ various stakeholders.  The chief operating officer at the Office of Personnel Management, Chuck Grimes, says his agency created a dashboard of key mission support measures, such as “time to hire” or “veterans hiring,” and made the data widely available.  He says this helps program managers make better decisions because they have immediate access to useful data.

Collaborate with other mission support functions as well as with mission delivery executives.  An assistant secretary for human resources at another department said he and his mission support peers hold weekly meetings around common initiatives and address strategic questions such as “do we have the right skills sets?” and “will this training lead to changes in mission performance?”

Similarly, in the late 1990s and early 2000s, the four councils of chiefs – finance, IT, acquisition, and human capital – came together as the “Quad Council,” which worked with OMB to leverage cross-agency mission support activities that supported a number of e-government initiatives.  This model provides an interesting lens to view the issue of collaboration across professional disciplines from a governmentwide perspective as well.

So will steps such as these bridge the perceived gaps between the needs of mission managers and the various mission support chiefs?  Probably not at first, given the historical tensions in their respective roles.  But recognizing that proactive integration should be an expectation from top agency leadership is key is a good first step.

The Next Four Years: Intelligence Community Reform Refining not Rebooting