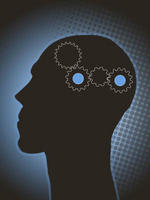 The U.S. Intelligence Community is a collection of sixteen agency and departmental intelligence organizations executing a roughly $75B annual budget. The Community's mission to understand the world; warn of crises; and support national security actions - often against cunning and destructive threats - is a difficult mission, putting it mildly. We can describe the problem of managing intelligence in practical terms by considering two aspects of the problem - integrating the functional intelligence disciplines, and applying the intelligence enterprise to the range of national security problems and questions.

The best intelligence requires the integration of five functional disciplines - signals, human, open source, geospatial, and measurement and signatures intelligence. This is not simply a matter of integrating the data produced by these intelligence disciplines. The "connect the dots" metaphor has little resemblance to the object it seeks to describe. Intelligence integration begins with the strategy for a problem, then continues through collection, analysis, and ultimately to integration with the customers' operations. One discipline will at times answer part of an intelligence problem, but most problems require a combination of disciplines to create the best information. In a simple analogy, your body understands some things through a single sense. A rock concert is loud. The full understanding of most things, especially complex things, requires an integration of all of your senses.

Second, consider the breadth and depth of the problems intelligence must address. At the highest level, intelligence problems involve one or more national security topics, such as cyber attacks, presented as problems based on the behaviors of one or more state and non-state actors. Imagine an array of dozens of national security problems against hundreds of state and non-state actors. Of course, every problem - actor intersection does not require intelligence. For example, the problem of weapons of mass destruction (WMD) does not occur in every country, nor does every non-state actor present a WMD threat. However, the high-level priorities at the problem-actor intersection can number well into the thousands. For each of these problems, one can then envision multiple important questions requiring intelligence. Now, imagine your job is to effectively and efficiently integrate the five functional disciplines against all of the problems in this array. Thus, you have a basic appreciation for the complex depth and breadth of managing intelligence.

Reforming by refining not rebooting

Since the National Security Act of 1947, Congress and the Executive Branch have continuously sought to improve the management of intelligence. In just the past 30 years there have been nearly three dozen studies of how to improve Intelligence Community management. The Intelligence Reform and Terrorism Prevention Act (IRTPA) is the most recent legislative action in response to the most recent studies, the reports of the so-called 9-11 Commission and WMD Commission. While the IRTPA has contributed to improvements in intelligence, such as increased sharing of data on terrorism, most in and around the Intelligence Community would assert that managing the intelligence enterprise is still a work in progress.

It may be that no amount of tinkering with organizational and budgetary authorities - or other classic bureaucratic levers - will substantially improve the management of intelligence. If that were the case, surely the issue would be put to rest now after dozens of studies, annual intelligence authorizations, and the most sweeping piece of national security legislation since 1947.

When considering how to improve the management of intelligence, it is helpful to first recognize that the solution is not an end state. Intelligence, like the threats it confronts, is a living process; one that must constantly change to keep pace with the behavioral changes of the threats, their capabilities and intentions, and the world in which America and our adversaries and allies operate. Thus, improving the management of intelligence is an ongoing process, similar to the continuous improvement efforts required for enterprise management processes in competitive commercial enterprises.

Next, it is equally helpful to keep in mind that enterprise management processes ultimately depend on the personal relationships among the principals to the process. The management of intelligence will never be simply an automated system that spits out answers. Managing intelligence rests first and foremost on the connections between intelligence officers and the customers they serve. These relationships are closely followed in importance by the connections between intelligence officers, from the functions across the five major disciplines and the hundreds of capabilities within those disciplines. Relationships are developed and nurtured by people, especially leaders, and no amount of statute and policy can substitute for these relationships.

That said, managing an enterprise as large and complex as the Intelligence Community cannot be done through people alone, regardless of how competent and interrelated they are. Managing the intelligence enterprise requires many decisions regarding the allocation of operational and fiscal resources for desired security outcomes, assessing the effects of those decisions, and continuously refining those decisions to achieve the best mix of desired outcomes across the breadth and depth of priorities. Managing intelligence is by its very nature a data-driven process, and analytics are required to complement the leaders' thinking and interactions.

One former intelligence agency director characterizes intelligence reform by noting that "the Intelligence Community has been on the operating table for the past decade."  There have been major organizational and budgetary reforms during this time. The Community has implemented these reforms while helping protect the American homeland and the nation's interests abroad.

Looking into the next decade and beyond, the Community faces some tremendous operational challenges. At one level intelligence must become much more open and transparent, especially where speculative questions about the future are concerned. The best information and thinking about the future are not completely within the bounds of the Intelligence Community. Conversely, as some aspects of intelligence analysis become more open and interconnected with the unclassified world, other elements of intelligence must become even more clandestine and covert in order to penetrate the hardest targets.

Intelligence reform connotes additional organizational and budgetary changes. Perhaps some additional changes of this type are necessary. However, the IRTPA has invoked wide reaching changes that have measurably improved essential elements of intelligence, such as the sharing of information between agencies. In terms of managing intelligence, the National Intelligence Managers (NIMs) have made important strides in promoting strategies, information sharing, and inter-organizational teamwork that better integrate the functional disciplines.

The primary challenge facing both intelligence analysis and the management of intelligence has shifted from sharing the information to making sense of it. While any one leader may wish to tweak how enterprise management is organized - such as reducing the number of NIMs or changing how the NIMs relate to the National Intelligence Officers - the major improvements in managing intelligence will be found in the use of data and analytics to inform strategy formulation and assess how the community is performing against the strategies. Mission performance assessments - based on hard data - should start to drive the allocation of not only operational capabilities, but budgeting for future capabilities as well. Such assessments can strengthen interagency team performance** by focusing teams on substantive mission issues - clearly defined by data and analysis - rather than organizational roles and processes.

Given changes made in the past decade and the challenges ahead, the next phase of improvements in the management of intelligence will be best served by focusing on the use of data and analytics to assess and improve specific mission problems vice broader, more generalized reforms of organizational and budgetary roles and responsibilities. This will give the Intelligence Community and its customers the knowledge necessary to make near and long term resource decisions in an environment wherein many competing priorities and constrained resources are considered against the consequences of potential failures in our national security capabilities.

**Leaders can find lessons for applying data-driven assessments at http://www.businessofgovernment.org/report/assessing-value-intelligence-lessons-leaders